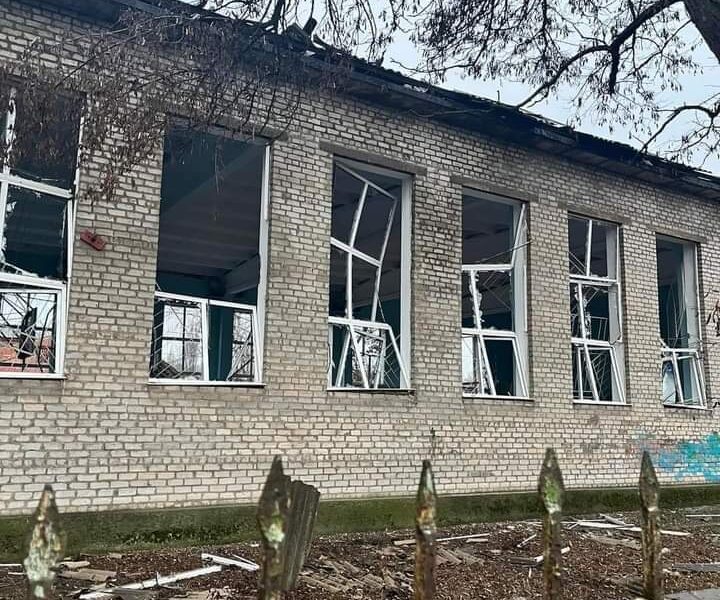 Operational information from the regions of the Active Community network 17.12.2022

The two hundred and ninety-eighth day (298) day of the heroic resistance of the Ukrainian people to a russian military large-scale invasion continues.

The two hundred and ninety-eighth day (298) day of the heroic resistance of the Ukrainian people to a russian military large-scale invasion continues. 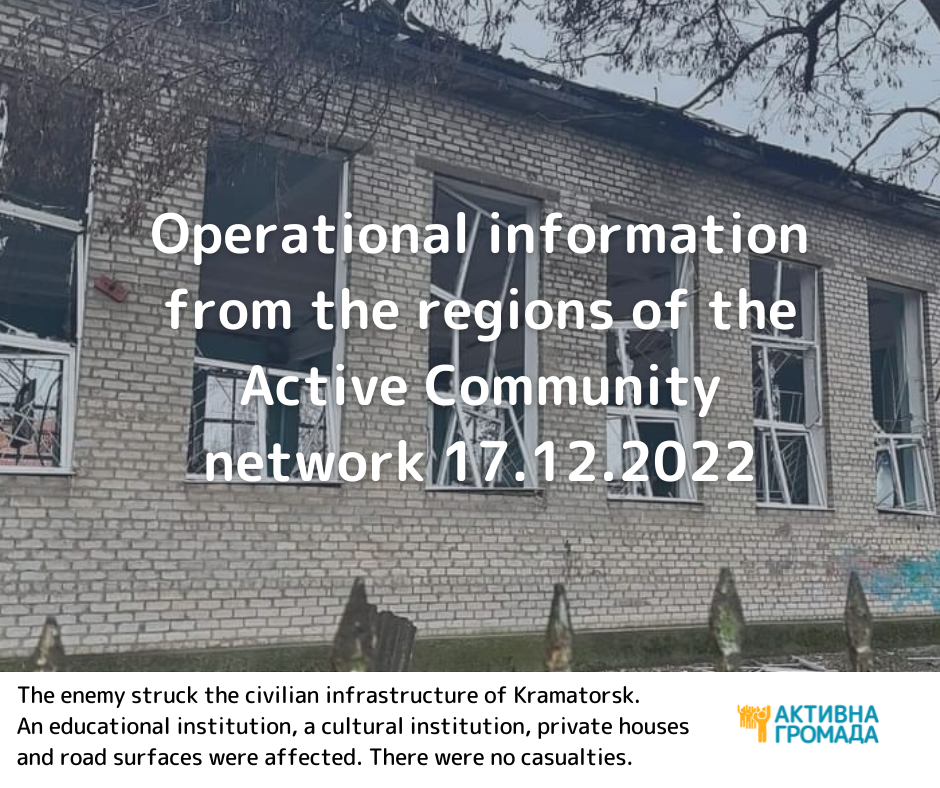 The Kyiv subway has resumed work after an emergency power outage caused by another russian shelling.

In Kyiv, a pedestrian and bicycle bridge, which was damaged by russian shelling on October 10, was opened after repair.

According to the decision of «Ukrenergo», emergency shutdowns of electricity supply continue in the Kyiv Oblast. About 50% of the Oblast is currently without power.

More than 400 Points of Invincibility operate in the Kyiv Oblast. The nezlamnist.gov.ua map is constantly updated. Locations organized by responsible businesses also appear on it. The points work around the clock and are provided with heat, electricity and communication.

Due to massive missile strikes in Bila Tserkva, a difficult situation with electricity has developed, which has led to disruptions in the operation of the local infrastructure. In order to support its work, international organizations transferred 4 powerful generators to the city.

In Irpin, the dismantling of buildings that are not subject to restoration is underway. Work continues on Gostomelske Shosse and Myru streets.

In Irpin, the fallen soldier – senior lieutenant Ihor Gushchyn – was taken to the funeral procession.

In Zhytomyr, benefactors handed over 40 DJI Mavic drones to the Airborne Assault Troops of the Armed Forces of Ukraine. The drones will go to the front line and will soon begin their aerial duty at the front.

The teaching staff and students of Lyceum No. 22 purchased a thermal imager for the soldiers of the Armed Forces of Ukraine. The children thanked for the protection and gave the military a thermal imager that will help the intelligence work.

Residents of Radomyshl in Zhytomyr Oblast together with the displaced weave camouflage nets for the military on the front line. The place for work was set up in a room specially allocated by the city council for volunteers.

In Zhytomyr, boiler plants, electric transport and some Vodokanal facilities are temporarily suspended. Such measures are introduced in order to pass the evening peak load on the power grid.

During the day of December 16, the russian military carried out 79 strikes on the border communities of the Sumy Oblast: Bilopillya, Esman, Mykolayivka, Seredyno-Buda, and Khotin.

Yesterday, the russian invaders launched a massive missile attack on the civil and energy infrastructure of our country. The occupiers hit the Kharkiv Oblast with 10 missiles of the S-300 complex, and 2 more cruise missiles shot down the air defense forces.

The entire Kharkiv Oblast and Kharkiv were cut off. Currently, electricity supply has been restored throughout the Oblast and the city.

During the day, the Kupyansk direction was again under attack. There, the areas of Synkivka, Orlyanka, Tabaivka, Berestove and Vyshneve were affected by fire. In addition, the occupiers shelled settlements in the Kharkiv and Chuguyiv raions with artillery.

According to the Oblast Center of Emergency Medical Assistance, a 19-year-old boy suffered an explosive injury in Izyum while disassembling ammunition in the yard. He was hospitalized with shrapnel wounds.

On December 16, the russians wounded 3 civilians of Donetsk Oblast — in Bakhmut.

In total, since February 24, russian rockets have killed 1,264 residents of Donetsk Oblast and injured another 2,752.

The occupiers opened fire on the city of Avdiivka and the village of Karlivka.

In the east of Pokrovsk raion, 5 houses in Kurakhivka and 1 house in Berestki of the Kurakhivka community were damaged. Maryinka is also under constant fire. According to preliminary information, there were no casualties.

In Pokrovsk, they are actively implementing the “Spivdia” assistance program for residents. Humanitarian boxes are received here not only for residents of the Pokrovsk community, but also for Avdiivka, Grodivka, Udachne, Myrnohrad, Ocheretyne. 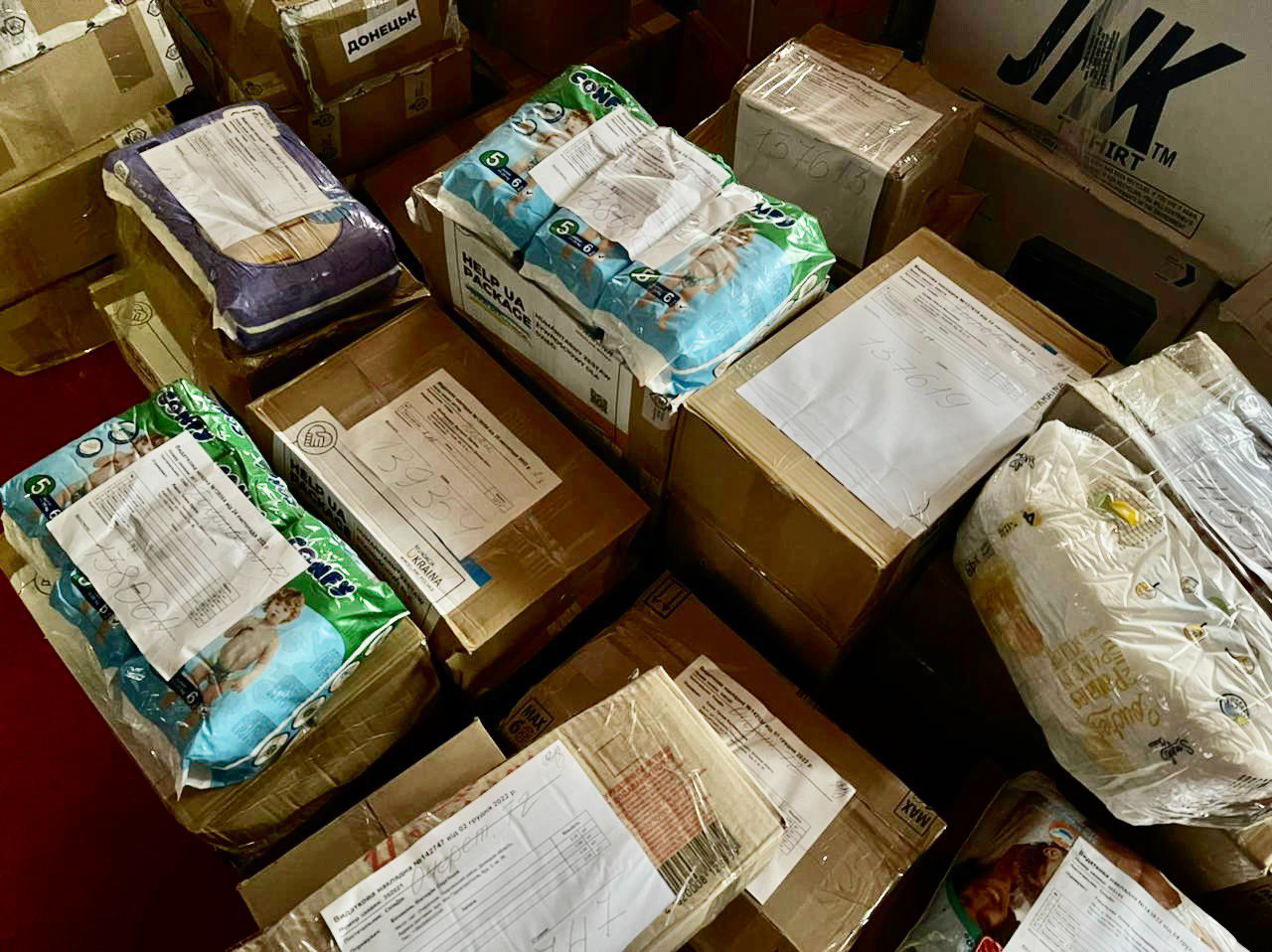 Thanks to financial assistance in the amount of UAH 1,495,000 provided to the Pokrovsk community by the United Nations Children’s Fund (UNICEF) together with the Association of Cities of Ukraine, 49 laptops were handed over to preschool education institutions. 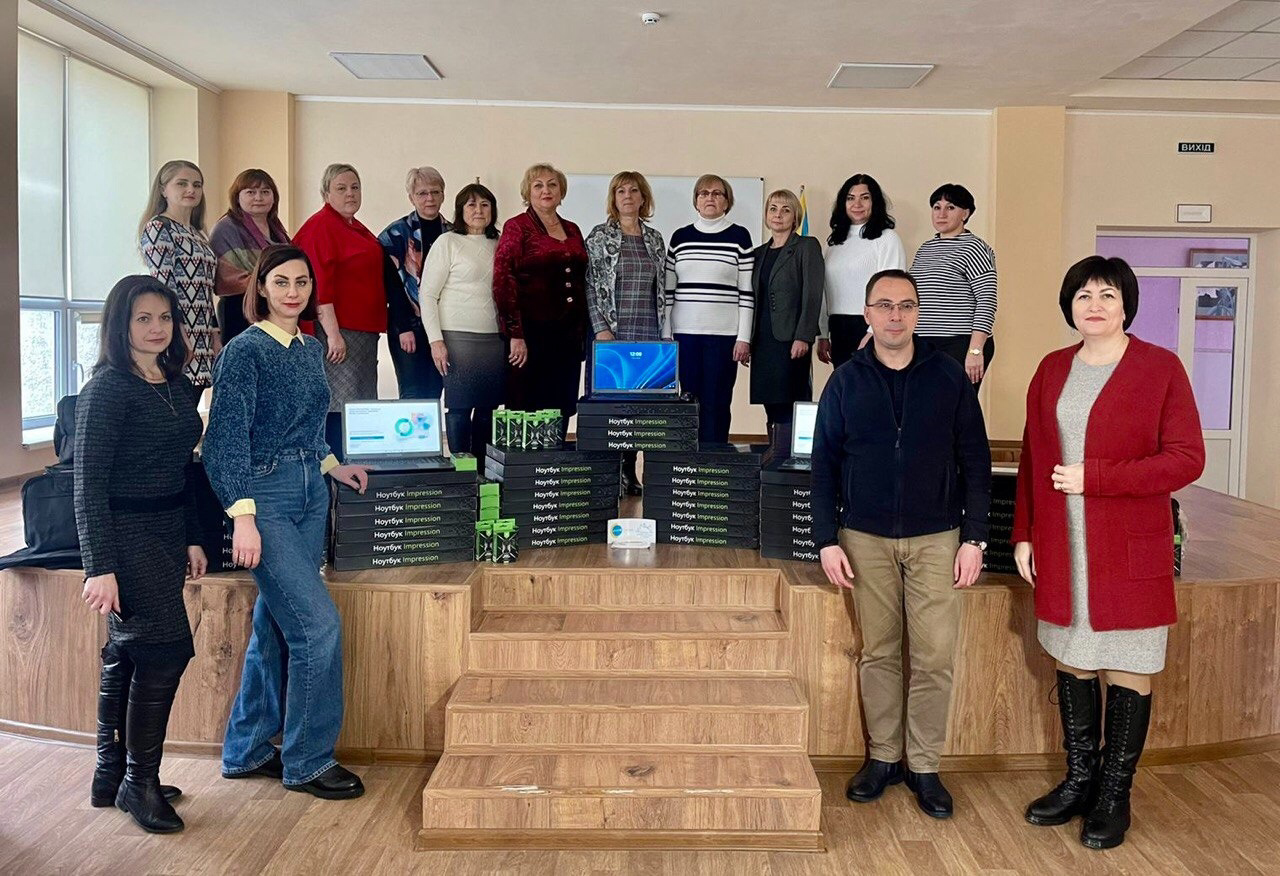 Once again, the enemy struck the civilian infrastructure. An educational institution, a cultural institution, private houses and road surfaces were affected. Fortunately, there were no casualties.

The city is completely without electricity again. Interruptions with heat and water supply are felt.

After the restoration of electricity in some areas, residents complain of low voltage in the network.

The team of “Active Community” held another art therapy class with children in Kramatorsk. This time, the coordinators together with the participants of the event made New Year’s decorations. The children also received goodies, which were provided by the Kramatorsk IT company “QUART-SOFT”, which was evacuated, but continues to support the people of Kramatorsk, before St. Nicholas Day. 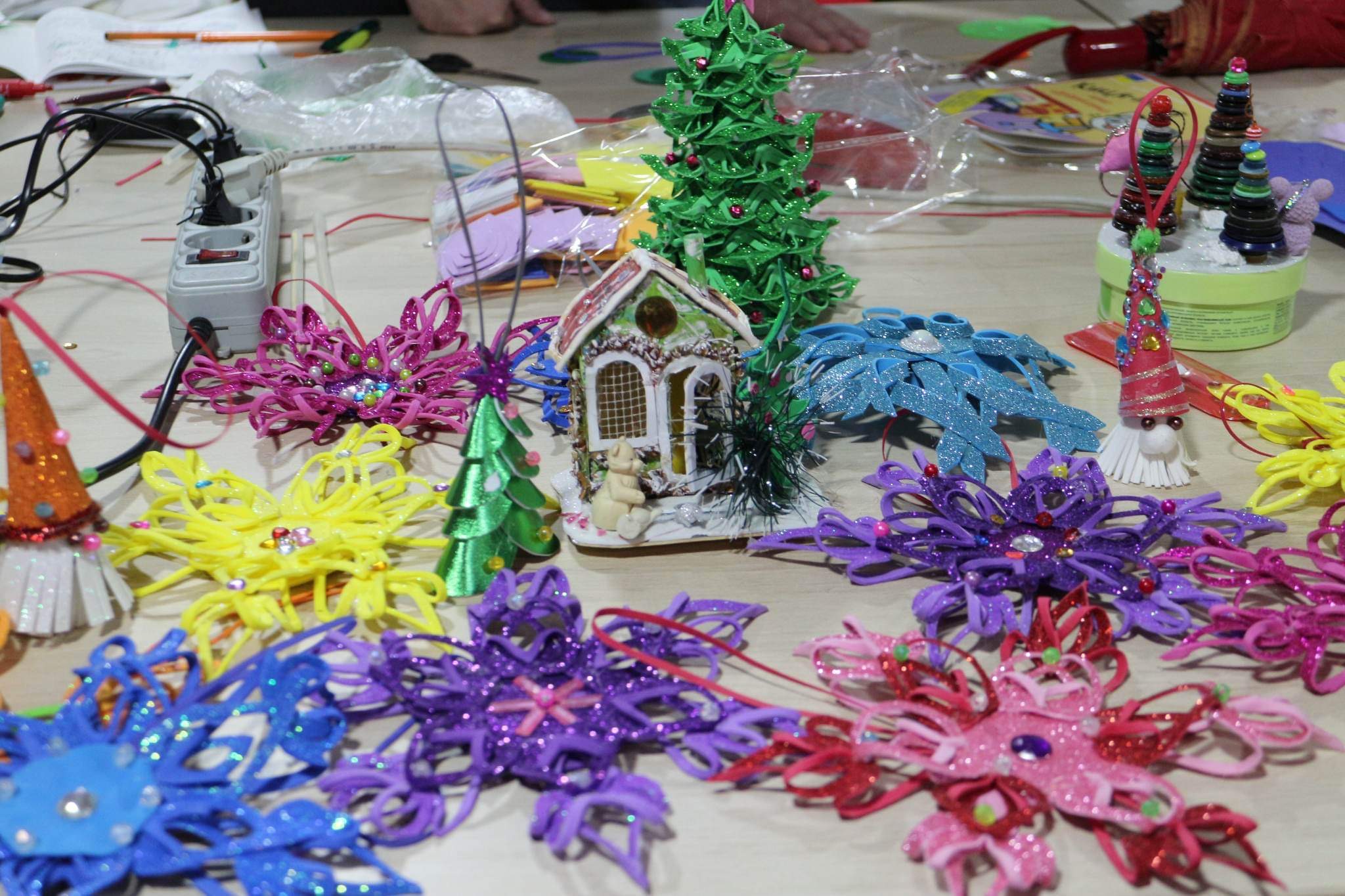 In the Bakhmut and Avdiivka directions, the enemy shelled the areas of more than twenty-five settlements. Among them are Verkhnyokamianske, Spirne, Bilogorivka, Vesele, Soledar, Bakhmutske, Bakhmut, Opytne, Zalizne, Maryinka and Pervomaiske in Donetsk Oblast.

In the Horlivka direction, 3 people were injured in Bakhmut. A high-rise building and an administrative building were damaged in the city. In addition, during the day shelling was recorded on the outskirts of the Soledar community: near Yakovlivka, Bakhmutske, Rozdolivka and Paraskoviivka.

Military russians on the territory of the temporarily occupied Luhansk Oblast are forcing local businesses to re-register under russian laws.

Today, the policemen of the special purpose police battalion of the Main Directorate of the National Police in Luhansk Oblast brought fresh bread to the residents of Novoselske, liberated from the occupiers. Another police crew delivered humanitarian food kits to the residents of Makiivka.

Russian troops shelled Kherson in the morning. Attacks were made with anti-aircraft missiles and artillery on Korabelny district. A 36-year-old man who was in the car died, a 70-year-old woman was taken to the hospital with injuries.

In the afternoon, russian troops attacked the Kherson geriatric center in the village of Stepanivka. In the building of the center, gates were destroyed, windows and doors were broken. There are no casualties or injuries.

In Kherson, after demining, the regional universal scientific library named after Olesya Honchara. The library building was damaged by shelling. Equipment and library funds were under threat. 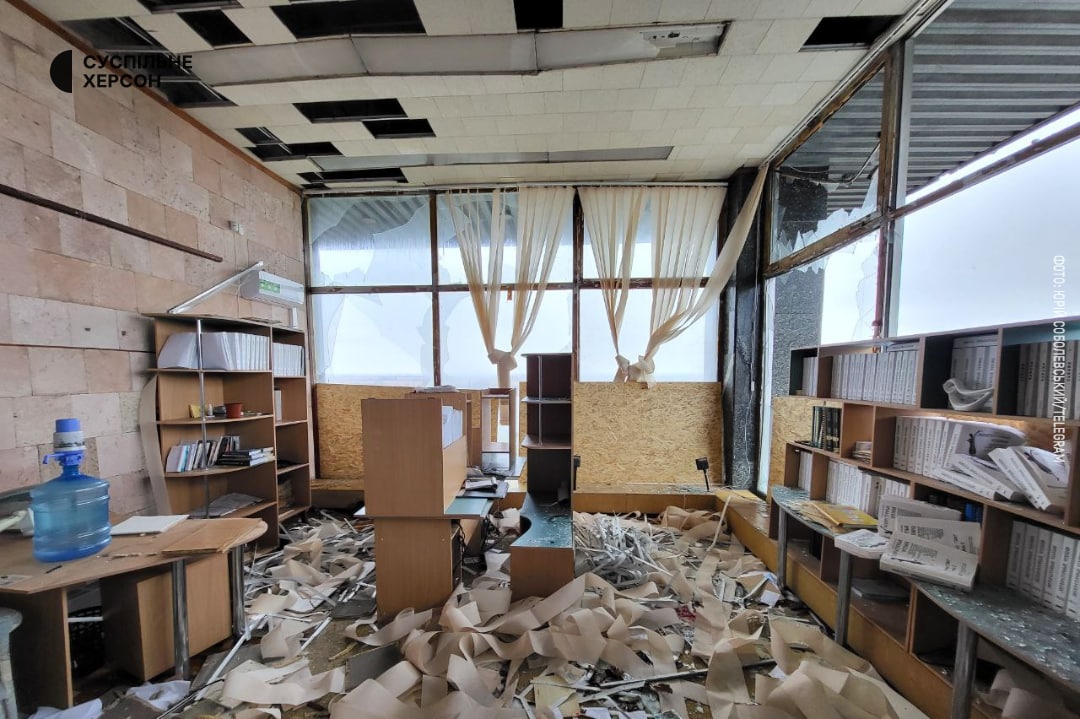 The Kherson community received two low-floor buses for people with reduced mobility. The transport came from Lviv Oblast Military Administration and is designed for 28 seats.

During the past 24 hours, no enemy rockets were hit in the region.

As the Air Command “South” reports, yesterday,the 16th of December, during a massive missile attack, 5 Kalibr-type cruise missiles were shot down in the southern direction, 2 of them over the Mykolaiv Oblast.

In the morning, the enemy launched another missile attack on Odesa.

2 Onyx-type missiles fired from a coastal missile complex in the temporarily occupied Crimea were destroyed by air defense forces.

Next week, DEH (diversified energy holding) Odesa Electric Networks will introduce a new schedule of stabilization shutdowns, taking into account the current difficult situation in the power system after the latest massive shelling.

Today in Kropyvnytskyi, as of 15:00, water supply was restored in the neighborhoods of Novomykolaivka, Nekrasivka, Velikay Balka, Kovalivka and the central part of the city. Poltavska microdistrict is next.

A medical call center was opened in the city hospital of Znamyanka, Kropyvnytskyi district, Kirovohrad Oblast. He will also work for the local primary health care center. Call center coordinators will help patients make an appointment with a family doctor, a pediatrician or a polyclinic specialist, inform about doctors’ work schedules, paid services, and how to prepare for certain examinations.

Entrepreneurs of Kirovohrad Oblast are helping to set up additional “Points of Invincibility”.

In the Kropyvnytskyi settlement, children, military personnel, representatives of local authorities and everyone willing decorated 12 pine trees in the central square. 10 trees were dedicated to hero cities that were destroyed by russian troops, the other two trees were dedicated to the Armed Forces of Ukraine and volunteers. Employees of the “Misksvitlo” enterprise decorated the pine trees with garlands. The illumination will be switched-on on the 19th of December. 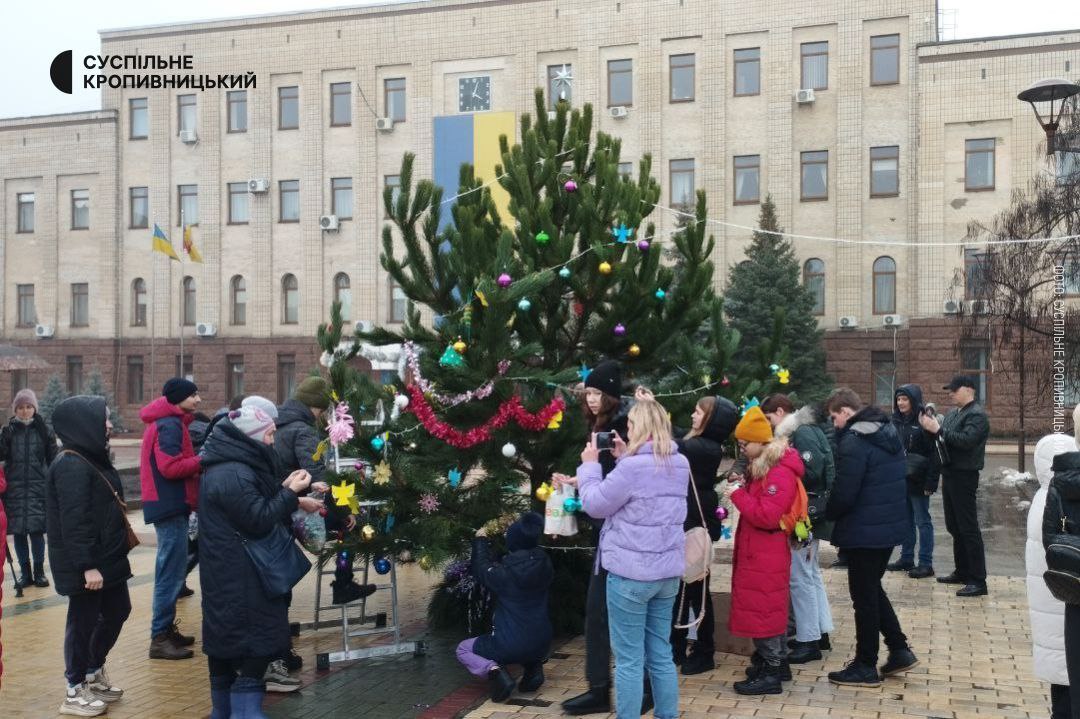 Maksym Ostiak, a resident of Poltava with the call sign “Ostin”, a fighter of “Carpathian Sich”, was killed in Kharkiv oblast. Oleksandr Verpynskii with the call sign “Vepr”, senior sergeant, deputy platoon commander, was laid to rest. The soldier died in Kharkiv oblast. A 23-year-old warrior from Poltava oblast was killed in Bakhmut raion. Vitalii Ivanov lived in the village of Vepryk of the Budyshcha community. Eternal glory to the Heroes.

Vasyl Shadnyi, Yurii Holubenko, Vladyslav Teliatnyk, Oleh Romanenko and Serhii Tytarenko returned from captivity. On December 14, another exchange of prisoners of war took place. As a result, 64 Ukrainian defenders were released, five of them are from Poltava oblast, who fought in Donetsk and Luhansk directions. Some of them defended Bakhmut.

Poltava law enforcers detained the chief forester of the State Enterprise “Vovchansk Forestry” who helped the invaders in Kharkiv oblast. He was harvesting wood for the invaders’ fortifications and dugouts. In addition, the traitor recruited residents of Vovchansk and paid their salaries in russian rubles.

Poltava oblast handed over six vehicles and 770 pairs of shoes to the fighters of the 116th Brigade of the Territorial Defence Unit. Winter tactical boots, trucks and a mobile kitchen were purchased at the expense of the regional budget. Yesterday, on the day of another massive missile attack and in blackout conditions, a unique operation was conducted in Poltava. The correction of hypertrophic cardiomyopathy was performed. The surgical intervention was performed on a stopped heart with the use of artificial circulation. Poltava cardiac surgeons had such experience for the first time and performed the operation together with Kyiv specialists of the Amosov Institute of Cardiovascular Surgery.

Four pickup trucks with machine guns to repel enemy attacks from the sky were delivered to the soldiers in Rivne oblast by philanthropists in the framework of the project ‘Vartovi Neba’ (“Guardians of the Sky”). The mobile groups will be concentrated near one of the strategic sites. Mobile groups work in the areas most likely to be hit by enemy missiles and drones. 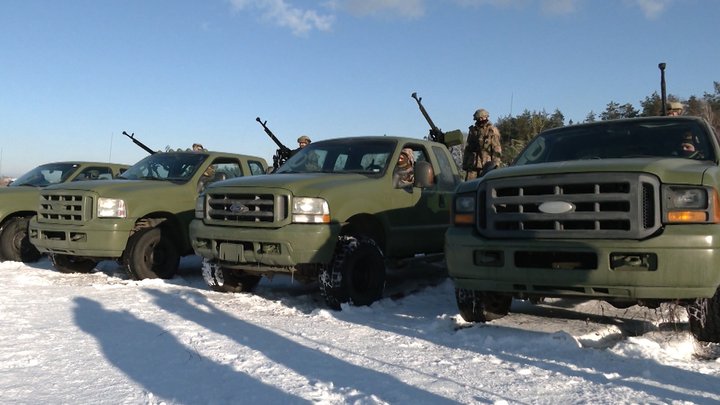 Humanitarian aid was delivered to the residents of de-occupied Kharkiv oblast by Rivne doctors. This is not the first time it has been sent, this time the doctors handed over thermoses, electric and gas stoves, and volunteers helped to collect warm clothes and sweets. 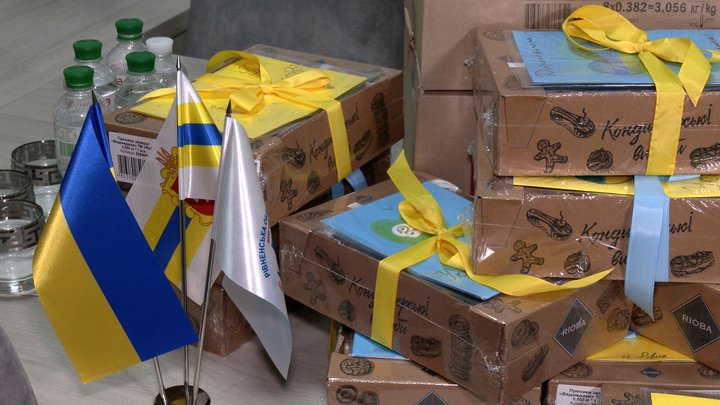 In Varash, at one of the “Points of Invincibility”, students made ginger cookies. The sweets were patriotic and Christmas. This master class was organized by teachers of the local lyceum during scheduled power outages. The cookies were made for Ukrainian defenders. Children were happy to join the process and painted pastries. Soon the products will be sent to the front line.

Bukovyna said goodbye to the warriors who laid down their lives for the freedom and independence of Ukraine: Captain Vadym Saprykin and Sergeant Pavlo Fedoriuk were laid to rest on the Alley of Glory of the Central Cemetery of Chernivtsi.

In their off-hours, the employees of Chernivtsi City Polyclinic No. 1 prepare stew and deliver it in boxes to the front line – for our defenders. For 9 months they have already sent to the soldiers more than 32 thousand half-liter cans of “Porridge with meat in Bukovinian style”. https://shpalta.media/2022/12/16/kasha-po-bukovinski-dlya-zaxisnikiv-yak-mediki-z-chernivciv-goduyut-vijskovix/

In Bukovyna, Ukrainian-language publications are collected for children who are abroad because of the war. The charity event was initiated by the Department of Education and Science of Chernivtsi Regional Military Administration. It will be held to the cycle of Christmas and New Year holidays so that every child feels warmth, love, care and receives pleasant surprises.

Rescuers warn of avalanche danger in the mountains of Zakarpattia.

On December 17, local roads were flooded in Rakhiv, Khust, Berehovo and Uzhgorod areas.

In Mukachevo, more than one and a half thousand gifts were collected for families in Izium and Sloviansk.