Operational information from the regions of the Active Community network. January 12, 2023

The three hundred and twenty-third (323) day of heroic resistance of the Ukrainian people to the large-scale russian military invasion continues.

The three hundred and twenty-third (323) day of heroic resistance of the Ukrainian people to the large-scale russian military invasion continues.

Kyiv is provided with electricity by 60%, and 40% of this volume ensures the operation of critical infrastructure of the capital.

Poland will transfer 60 cars to Kyiv subway. The respective document was signed during the visit of mayors of four European capitals – members of the Covenant of Free Cities who arrived in Kyiv to confirm support and further assistance to the Ukrainian capital.

The Kyiv City State Administration proposes to arrange a public garden on the site of the house damaged by an enemy drone on Zhylianska Street. Nothing will be built on the site of the house, because the area is too small for this, according to the first deputy head of the Kyiv City State Administration Mykola Povoroznyk. Instead, they propose to arrange a park and put up a sign in memory of the people who died there.

A new photo zone “Cotton over the Kremlin” appeared near the Kyiv City State Administration building. It is dedicated to the creative struggle of Ukrainians against the enemy. The initiators of the exhibition are the CHESNO movement and the National Museum of the Revolution of Dignity. 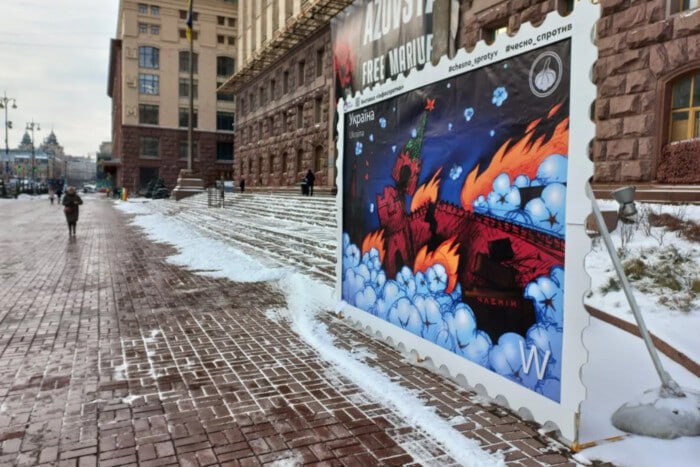 Defending Ukraine from the russian invasion, Mykola Kondratiuk, a physical education teacher of lyceum 23 in Zhytomyr named after M. Ocheret, was killed. His life ended on January 9 near Bakhmut as a result of enemy shelling.

The SBU served a notice of suspicion to a resident of Zhytomyr, who defected to the enemy back in 2014 and now provides russia with intelligence information. The SBU investigators established that the traitor assisted the occupants in gaining access to the equipment and agitated his colleagues to imitate his crime.

Subsequently, the offender acquired russian citizenship, took the military oath of allegiance to russia, and joined the aerospace forces of the aggressor country.

The SBU exposed another accomplice of the aggressor in Zhytomyr oblast. The offender was a servant of the Spaso-Pokrovskyi Convent of the local diocese of the Ukrainian Orthodox Church of the moscow patriarchate. He publicly supported the russian invaders and justified their war crimes. To do this, he joined the pro-Kremlin Telegram community “russian spring”. There he called on the occupiers to destroy Ukrainians and capture Kyiv.

In the Kupiansk direction, the enemy once again struck at Dvorichna, Kupiansk, Kyslivka, Tabaivka and other localities. As a result of these attacks, private houses, a trade pavilion and outbuildings were damaged. Enemy shells also hit one of the enterprises in Vovchansk.

Yesterday Minister of Education and Science of Ukraine Serhiy Shkarlet visited Kharkiv oblast. He visited the Kharkiv Scientific Boarding Lyceum “Obdarovanist” where 300 students from all raions of Kharkiv oblast study online. The premises of the lyceum were damaged due to enemy shelling, but now the restoration work has been completed.

On January 11 russians killed 1 civilian in Donetsk oblast – in Paraskoviivka.

In total, since February 24 russian weapons have killed 1297 civilians in Donetsk oblast and wounded 2840 more.

It is still impossible to establish the number of victims in Mariupol and Volnovakha.

In Donetsk direction, the Kurakhove community was shelled during the day. In Kurakhove russian militants hit the administrative building, 3 multi-story buildings, and the territory of the enterprise. In Kurakhivka, a two-story building and a private house were damaged.

On the morning of January 12, russian soldiers shelled Avdiivka. No civilians were killed or wounded. Yesterday the city was shelled about 16 times.

In Pokrovsk, a mobile «Punkt nezlamnosti [Point of Invincibility]» was put into operation. In connection with the weather conditions and due to the unstable supply of heat carrier to the residential buildings of the village of Dynasovyi Zavod, the community leadership decided to organize the work of a mobile «Punkt nezlamnosti [Point of Invincibility]» in this part of the city. This is a modern bus donated to the community by the Dutch. It is equipped with everything necessary for the needs of citizens.

In the Horlivka direction, 1 person died in Paraskoviivka of the Soledar community. Intense shelling continues in Soledar. The previous afternoon, the Kostyantynivka community came under fire — the road was damaged, and there were no casualties.

In the Lyman direction, Terny in Kharkiv Oblast, as well as Makiivka, Ploschanka, Nevske, Chervopopivka, Kreminna, Kuzmyne and Dibrova in Luhansk Oblast were hit by fire.

Over the past 24 hours, units of the Defense Forces repelled the attacks of the occupiers in the areas of the settlements of Stelmakhivka and Kreminna in the Luhansk Oblast and Rozdolivka, Sil, Krasna Gora, Paraskoviivka, Pidgorodne, Bakhmut, Klishchiivka, Mayorsk, Pervomaiske and Krasnohorivka in the Donetsk Oblast. 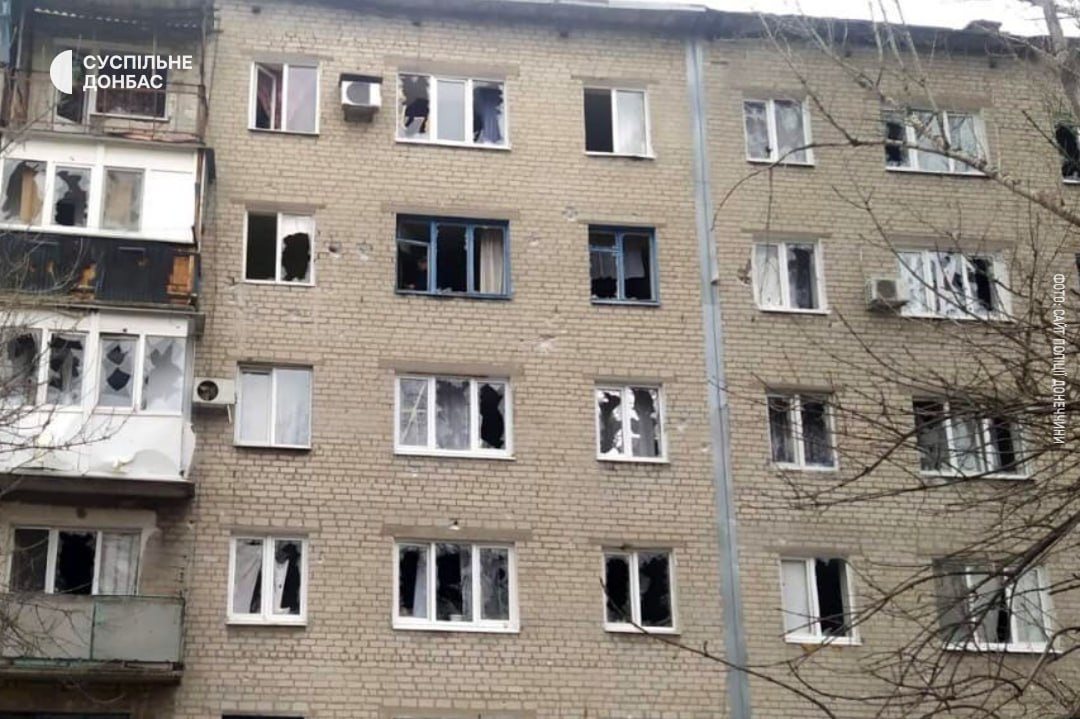 In the Lysychansk direction, 3 residential buildings were destroyed in Lyman, shelling of Siversk and the neighborhood of the community was recorded. No casualties.

The «House with a Clock», which is a historical monument, where the workshop of the world genius of monumental art Arnautov was located, has already been completely demolished by the occupiers.

In the Luhansk direction, the russians gathered about 30,000 of their soldiers.

The occupiers want to limit the use of the hryvnia among local residents as much as possible. Therefore, they strengthened the police-administrative regime and actively check citizens.

On the night of January 11, on the approach to Odesa, air defense forces shot down a drone.

More than 137,000 officially registered migrants were recorded in Odesa Oblast. Most people moved after the liberation of Kherson. Their number may also increase after the deoccupation of new territories.

The village council delivered 1,180 food kits to the de-occupied villages of the Shevchenkove community in Mykolaiv Oblast. Cereals, flour, oil and sugar were delivered to the inhabitants of the villages.

On January 11, during the day, the russian army shelled five communities of the Beryslav raion: Beryslav, Novooleksandrivka, Novoraisk, Mylove, and Tyagynka. One person died, another was injured.

The russian army shelled the village of Yantarne. They hit the house. A 27-year-old man died. A 47-year-old woman was also injured and was taken to the hospital.

In the Kherson direction, the russian military shelled Kherson and its suburbs with mortars during the day.

During the search of the residence of the so-called «first deputy mayor of Kherson», the Security Service of Ukraine found documents confirming his cooperation with the occupiers. And also, apparently, a gold watch — a gift from the president of the russian federation, which turned out to be a fake.

On January 11, 131 people were evacuated from the de-occupied Kherson Oblast, 19 of them children. 44 people were taken to Khmelnytskyi by train, 87 by road.

Dnipropetrovsk Oblast received three diesel generators from the Czech government. They will power water supply pumps in the event of a power outage. 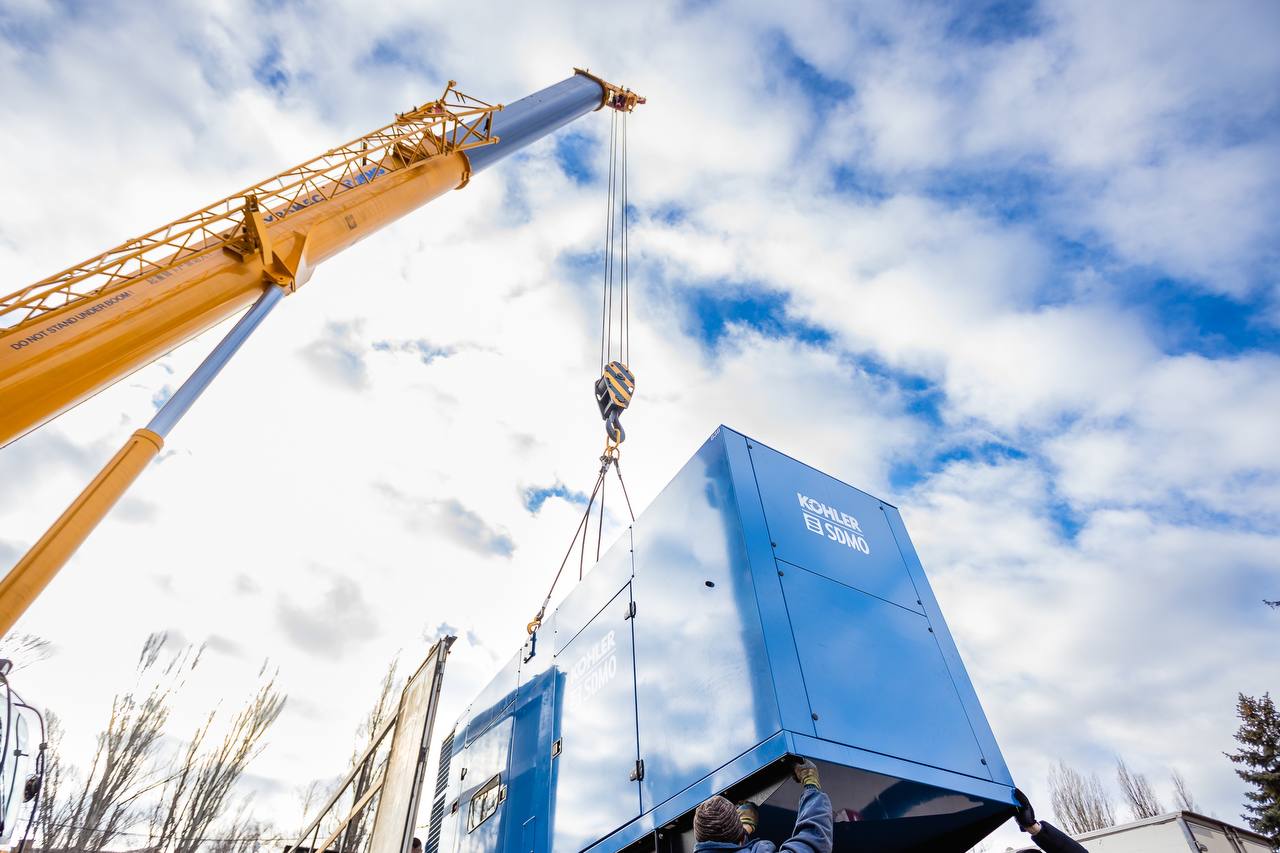 Amil and Ramil Nasirov, members of the Kharkiv music group «Kurgan and Agregat», have been sending advanced equipment for the military since the beginning of the full-scale invasion, collecting money for cars, drones and Starlinks. A volunteer headquarters was set up in Zhovty Vody in the Dnipropetrovsk Oblast. Another member of the group, Yevhen, is currently defending Ukraine from russian troops.

In Poltava, today they said goodbye to the defender who died in battle with the occupiers. 37-year-old Ilya Levchenko had the rank of soldier. Died on the 6th of January in Donetsk Oblast as a result of enemy grenade attack. The soldier was led on his last journey in the Holy Dormition Cathedral.

Also, 21-year-old soldier Vitaly Koval was taken on his last journey. Served in the ranks of the 2nd operational battalion, died on the outskirts of Bakhmut.

Volodymyr Shevchenko, a native of Lokhvytsia community, laid down his life for Ukraine. In the rank of senior sergeant, he served as a machine gunner of the machine gun platoon branch of the rifle company.

A soldier died on the 9th of January in the Krasnohorivka settlement of Donetsk Oblast during enemy artillery fire.

Ivan Khozhiy from Poltava Oblast saved the crew of his tank from death at the cost of his own life. For this, the President of Ukraine awarded him posthumously with the Order “For Courage” of the III degree.

Poltava Oblast is one of the top three regions of Ukraine where the largest number of immigrant doctors found work in their specialty. Thus, 310 specialists in the field of health care were employed in the region. According to the Ministry of Health, a total of 4,332 internally displaced medical workers changed their place of work in the country.

An artist from Poltava, Serhiy Novosyolov, camouflages cars for the military. It is done by order of volunteers. Since the beginning of the full-scale war, he has painted almost three dozen cars. It works for free, and the paints are purchased by benefactors.

In connection with martial law and to support business, the session of the Kamianets-Podilskyi city council reduced the real estate tax for non-residential objects. These are shops, hotels, enterprises, commercial buildings, etc. The changes will be effective from the 1st of January to the 30th of June .

The list of grant programs in which you can participate has been updated on the city council’s website. There are art, media, volunteer, youth, and business grants.

Internally displaced persons of the Kamianets-Podilskyi community are registered to receive financial assistance from the “Smile” charity fund.

Engineering and fortification structures are being actively built in the Rivne Oblast. The Oblast continues to prepare for the defense of settlements in the region. Thus, the residents of the communities of Varash and Sarny raions have united and are helping to dig trenches for the military.

In the Rivne region, people of all ages – from schoolchildren to pensioners – will contribute to the Armed Forces. 87-year-old Vyacheslav Naydenov from Varash continues to support defenders. This is the third time the man has transferred his own savings to the needs of the military. This time he came to the Volunteer Headquarters of the Varash community and brought 10,000 hryvnias. He decided to use the money for materials for the manufacture of trench candles and for the purchase of warm clothes for Ukrainian soldiers.

Bukovyna bid farewell to the Heroes who gave their lives for the freedom and independence of Ukraine: lieutenant Dmytro Istratii was led to the last journey in the village of Dynivtsi, soldiers Serhii Gladkyi – in the village of Selishe, Viktor Domitraschuk – on the Alley of Glory of the Central Cemetery of Chernivtsi.

An evacuation train from the Donetsk Oblast arrived in Bukovyna, carrying 13 seriously ill people and persons with disabilities. These are Ukrainians from Kramatorsk and Slovyansk. IDPs were accommodated in a geriatric boarding house in Chernivtsi, the inpatient care department of the Vyzhnytsia Center for the Provision of Social Services. Here they will be provided with everything they need – from food to clothes. Also, some of the evacuees were taken to regional hospitals, where they will continue their treatment.

Camouflage suits and raincoats for Ukrainian soldiers are sewn in the Chahor community. Protective clothing can be created with the help of a sewing studio that designs camouflage suits for free, as well as in cooperation with the Volunteer Group working in the Summer Theater of Chernivtsi. With charitable contributions, she buys fabrics for making clothes.

There are 116 “Points of Invincibility” operating in Bukovina. Another 29 additional, in the event of an emergency, will be deployed within 30 minutes.