Operational information from the regions of the Active Community network January 7, 2023 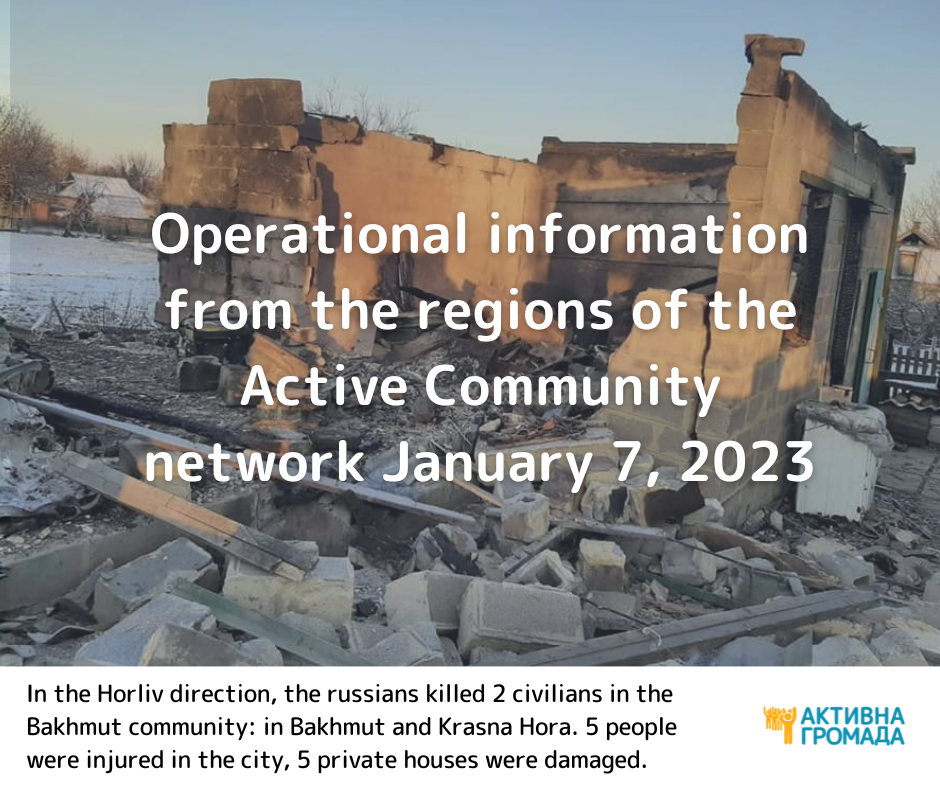 Yesterday, President of Ukraine Volodymyr Zelenskyi met with U.S. Senators Jack Reed and Angus King. They discussed the current situation on the frontlines and the risks of possible escalation.

In the premises of the “Ukraine” Palace, work is ongoing to eliminate the consequences of the russian missile attack, in particular, the removal of glass shattered by the blast wave; also work is underway to cover the damaged (broken) window units with OSB boards to prevent atmospheric precipitation from entering the building.

A new City of Invincibility has been created in Kyiv. A space of 68,000 sq m was opened on the territory of the Darynok Market Mall (Lisova metro station). There are more than 1,000 recreation areas, and study and teaching areas. There is a large space for children, as well as a separate area for walking pets. 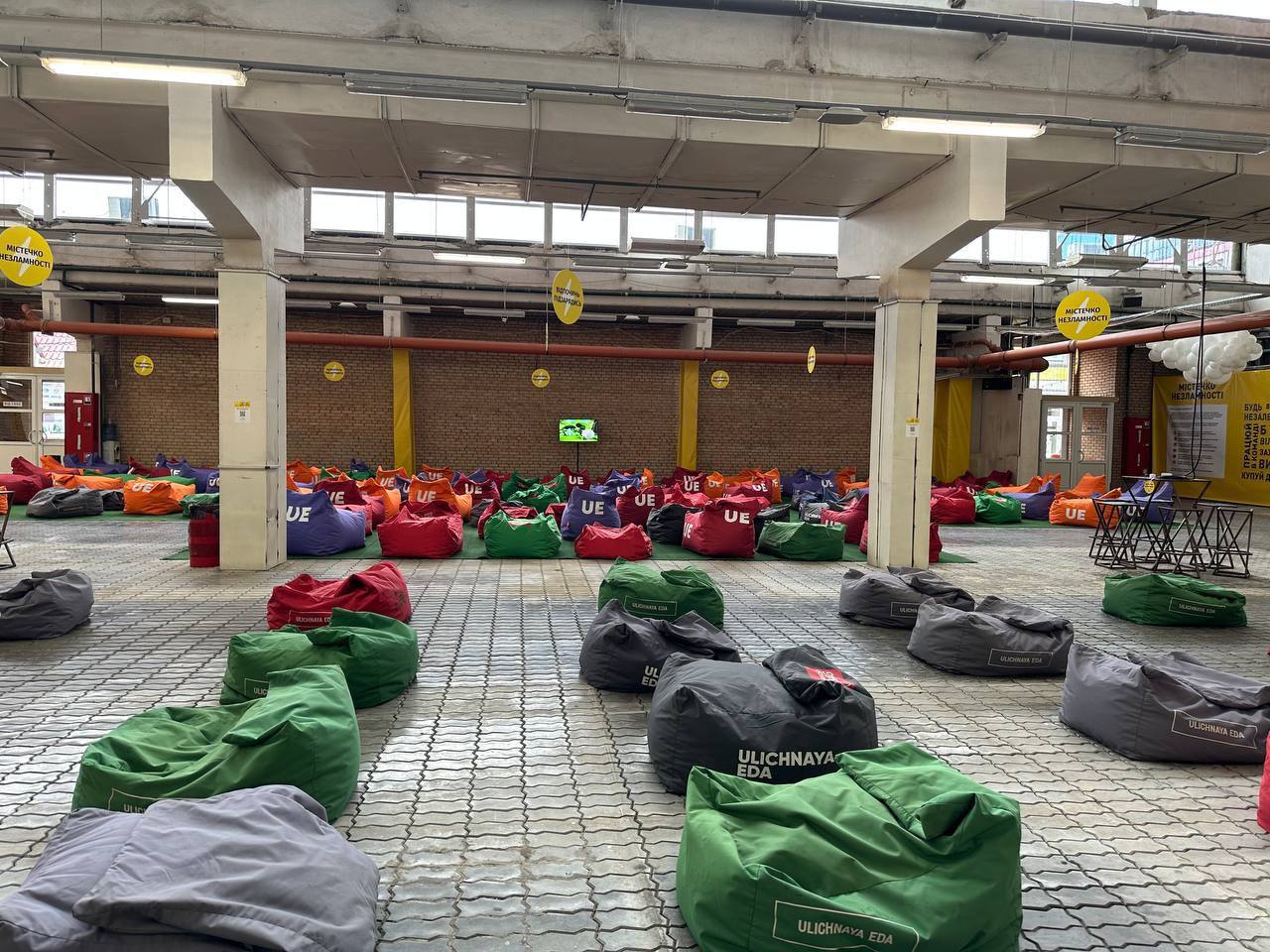 The “Yurt of Invincibility” was opened in Bucha with the support of the Embassy of Kazakhstan in Ukraine. The unusual heating point is equipped with generators. In the event of a blackout, local residents and guests of the city will be able to have warm drinks and get access to a source of electricity here. 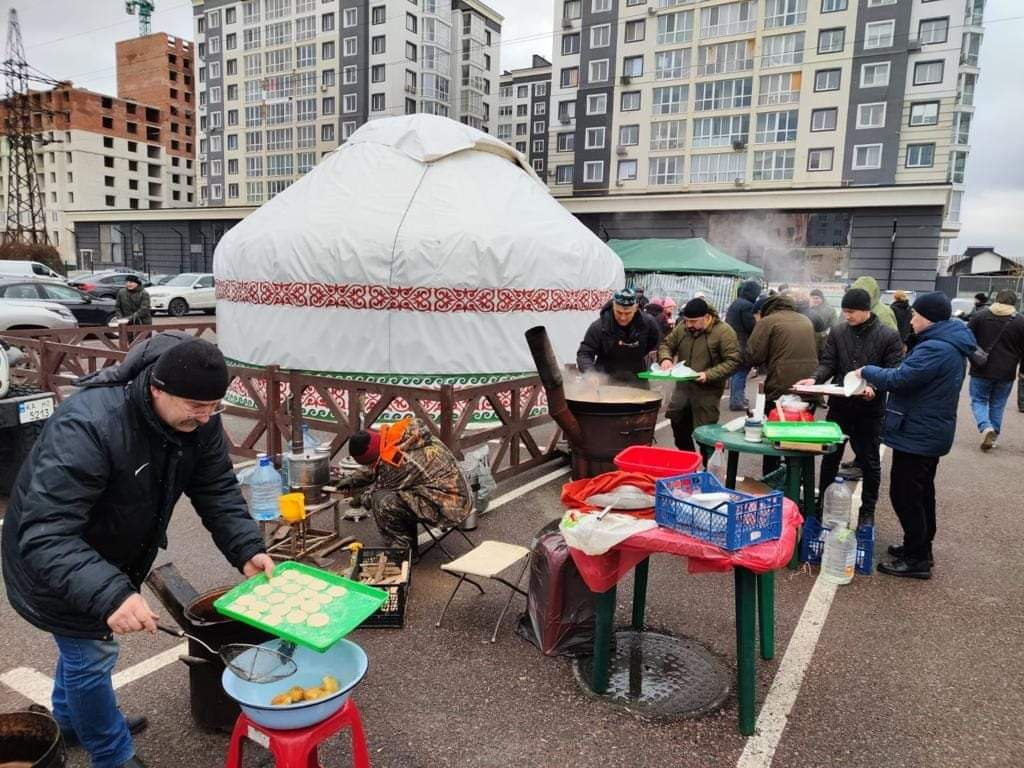 A meeting with the participants of the art project “Irpin is my home” was held in the assembly hall of the Irpin City Council. More than 80 little residents of the community drew pictures dedicated to their native city, which became original applications for a series of unique T-shirts. The authors of the creative initiative plan to organize a photo exhibition of children’s drawings and hold a charity auction in the future.

Volunteers from Lviv, Kyiv, Poltava, and the Dnipropetrovsk and Cherkasy oblasts began rebuilding the house of Chernihiv resident Yulia Hrebneva, which was hit by a russian plane shot down by the Ukrainian military on March 5. 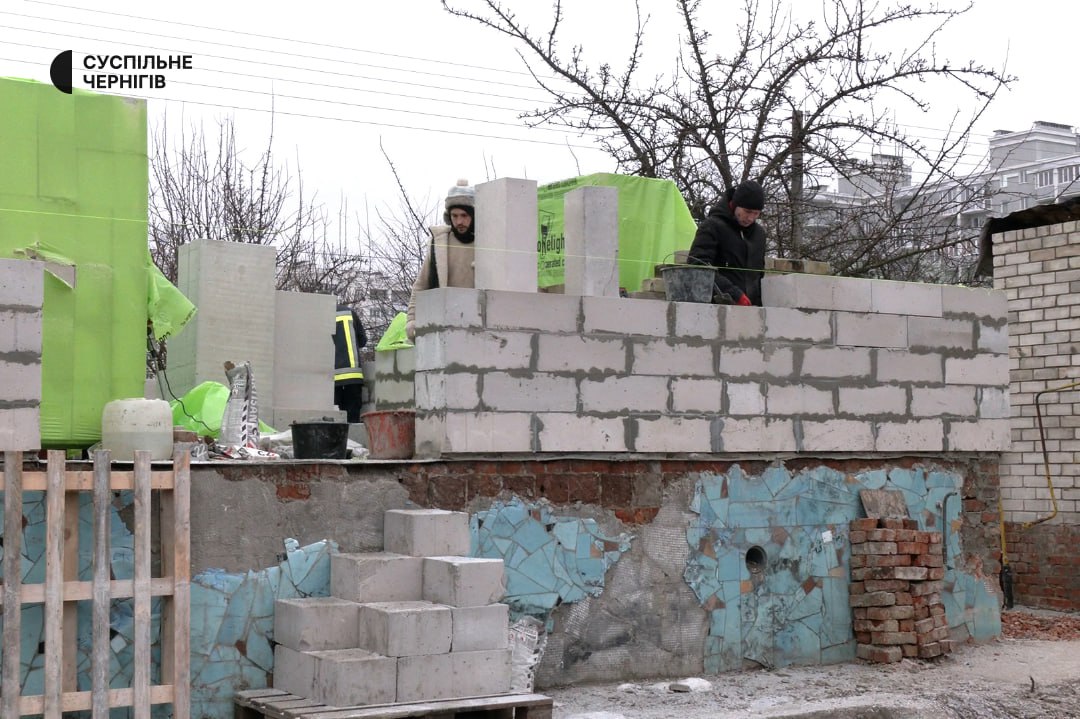 Yesterday, russians shelled the Shalyhyne community with self-propelled artillery mounts. 2 hits were recorded. There were no casualties.

The villages of Krasne, Strilecha, Zarichne, Kyslivka, Kotliarivka and other border settlements of the Kupiansk, Chuhuiv, and Kharkiv raions were also under enemy fire.

As a result of the shelling, residential buildings and outbuildings were damaged. There were no casualties.

On January 6, the russian army shelled ten settlements in the Donetsk Oblast.

On January 6, russians killed 2 civilians in the Donetsk Oblast: in Bakhmut and Krasna Hora. Another 7 people in the oblast were wounded.

In total, since February 24, russians have killed 1,292 civilians of the Donetsk Oblast, and wounded another 2,823. The number of victims in Mariupol and Volnovakha is currently unknown.

In the Donetsk sector, Kurakhove was the most affected: 1 person was wounded, 2 residential high-rise buildings and a hospital building were damaged. Ostrivske also came under fire on the territory of the community. Intermittent shelling of Maryinka was registered — without casualties.

The shelling destroyed 38 civilian facilities, including 31 residential buildings, an enterprise, a hospital, several cars and garages.

In the Horlivka direction, the russians killed two civilians in Bakhmut and Krasna Hora of the Bakhmut community. Five people were injured in the city, five private houses were damaged. One more person was injured in Predtechyne of the Kostiantynivka community.

A female volunteer was killed in Bakhmut, two policemen were injured.

A group of snipers from border guards stopped the attack of russian troops on Ukrainian positions near Bakhmut. They eliminated the commander and the machine gunner. Having lost control of the unit, the russian military was afraid to attack.

On January 6, russian troops hit Kramatorsk with five S-300 missiles. 15 private houses and an enterprise building were destroyed by shelling.

Raion and city hospitals of the occupied Luhansk region receive civilian patients mainly on an outpatient basis, there is practically no possibility of hospitalization due to the large number of wounded soldiers from the russian federation. If there are funds, seriously ill people are offered to be taken out. And even the ambulance refuses to go to Bilovodsk.

Two anti-ship mines were found and detonated near the coast of Odesa. Video https://t.me/suspilneodesa/20149

Two brothers from the city of Yuzhne raised about 25 thousand hryvnias for the Armed Forces. Eleven-year-old Andriy and seven-year-old Artem play the accordion and tambourine near the bazaar. Now their task from the soldiers of the 28th brigade is to fundraise for the repair of equipment that works in the Donetsk Oblast.

Yesterday the enemy carried out artillery strikes on the water area of the ​​Ochakiv community. There are no casualties.

In Mykolaiv, the Pervomaisk, Voznesensk and Bashtanska raions, the day and night passed relatively calmly.

In the de-occupied village of Chervona Dolyna, in the Snihurivka community, pyrotechnicians removed a high-explosive aerial bomb. The ammunition contained approximately 250 kilograms of TNT.

Military servicemen of the russian federation take houses and apartments from residents of Nyzhni Syrogozy of the Kherson Oblast. They threaten people with weapons, take the keys and arbitrarily move into their homes.

In the Kherson Oblast, electricity supply was restored in 78 settlements out of 228 de-occupied on the right bank.

A unique collection was evacuated from Kherson. It is a herbarium of mushrooms and lichens, which had been collected by scientists of the Kherson State University for more than 50 years. It has 32 thousand copies. The collection was moved to Ivano-Frankivsk, where it will be stored at Vasyl Stefanyk Prykarpatian National University. 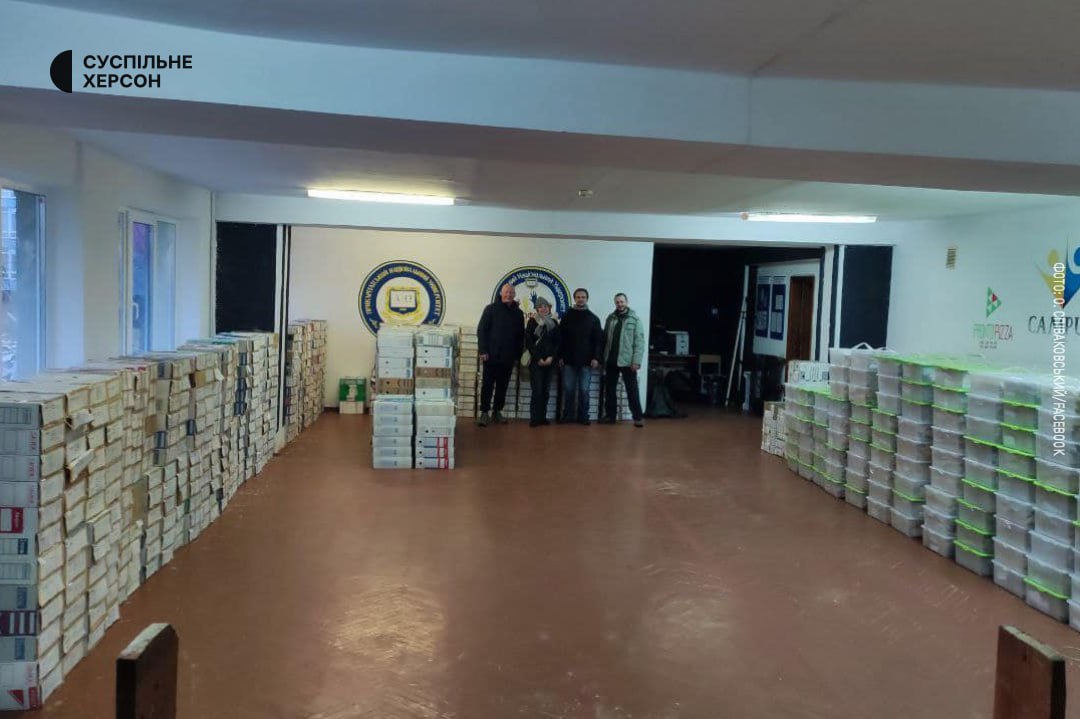 In the Dnipropetrovsk Oblast, in addition to “points of invincibility”, there are also so-called “clothing banks” for residents and internally displaced persons, where they can get warm things.

In the basement of one of the Dnipro high-rise buildings, residents have set up a workshop for making trench candles. Production continues even when the lights are turned off. However, there is a lack of materials, there is a need for paraffin and beeswax. 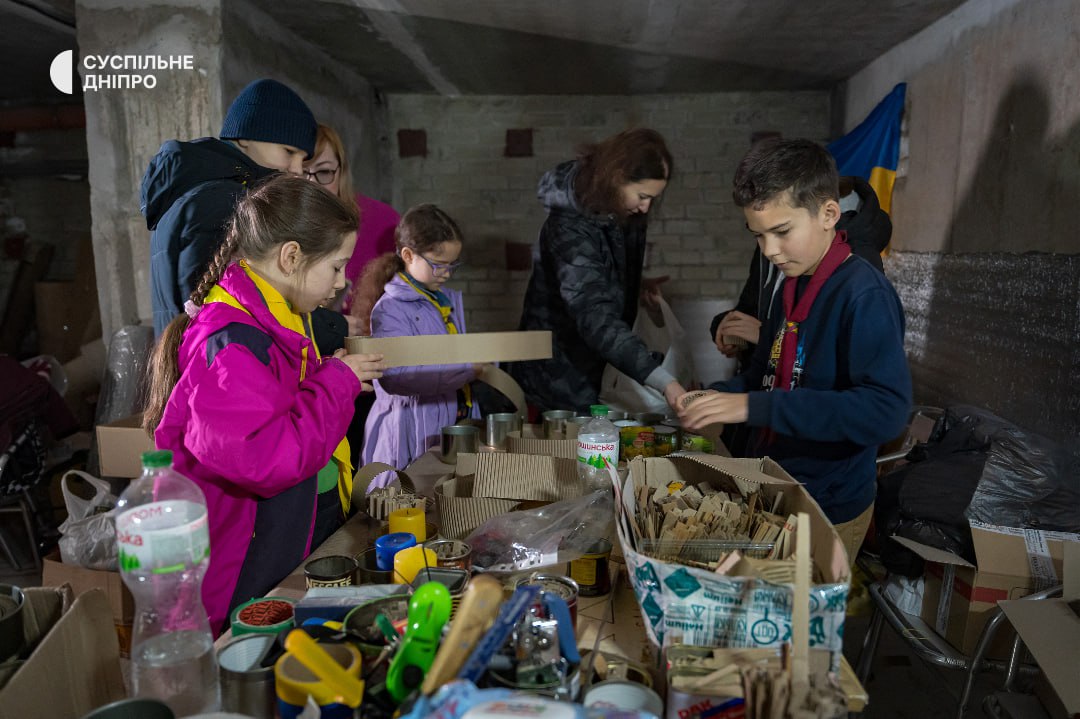 From January 12, extracurricular education institutions in Kryvyi Rih will resume their work in offline mode. Only those children whose parents have given their consent will study in this format.

Pro-kremlin literature and russian symbols were found in the Kropyvnytskyi monastery. Searches were conducted in the complex of premises of the St. Elizabeth Men’s Monastery of the Kirovohrad diocese of the Ukrainian orthodox church (moscow patriarchate). The employees of the Security Service of Ukraine found copies of russian historical propaganda literature and newspapers that spread russian narratives under the guise of an Orthodox publication for parents and youth. Collected signature letters against the creation of the Orthodox Church of Ukraine and other evidence were also discovered. In such cases, the Law provides either a fine from 3,400 to 8,500 hryvnias, or restriction of freedom for up to five years, etc.

Military serviceman Dmytro Lysachenko was blown up by a mine in Donetsk Oblast. It happened on January 3. A senior flamethrower died as a result of a mine-explosive injury, incompatible with life, near the village of Pavlivka. The 38-year-old man was born and lived in Horishni Plavni.

Roman Barabash, commander of the Myrhorod rifle division, a 43-year-old junior sergeant, died on July 14 during a battle near the village of Klynove in Donetsk Oblast. During the battle with the overwhelming enemy forces, he received non-life-threatening injuries.

Today, Kremenchuk met the body of senior soldier Anatolii Bohutskyi. The senior driver of the mortar battery was killed on December 20 near the village of Chervonopopivka in the Luhansk Oblast. On December 8, he celebrated his last, 43rd birthday.

After major renovations, the kindergarten “Romashka” in Kotelva will be temporarily inhabited by internally displaced persons. The facility is currently closed. Even before the beginning of the full-scale russian invasion, it was planned to overhaul it under the “Great Construction” program. This year, insulation and painting of facades, installation of fire alarms, warning and heating systems will be carried out here. The building is planned to be equipped with furniture and a food pantry. It is also planned to build a defensive structure.

Poltava Oblast received 528 folding beds for IDPs living in compact housing. This is another humanitarian aid from the International Committee of the Red Cross. Previously, household appliances, kitchen sets, towels, pillows, mattresses and beds came to the oblast from this organization.

Another community in Poltava Oblast has launched the process of renaming streets. Residents of the Globino community can suggest names related to russia and the soviet union that should be changed. The public discussion will last a month.

On January 7, a farewell ceremony was held in Rivne on Maidan Nezalezhnosti [Independence Square] for four people who died in the war against the russian aggressor. These are Bohdan Gordiichuk, Vasyl Udodyk, Oleksandr Lishchuk and Yurii Kuzmych. All four died together in the Kharkiv Oblast, near the border with the russian federation, when their car ran over a mine. 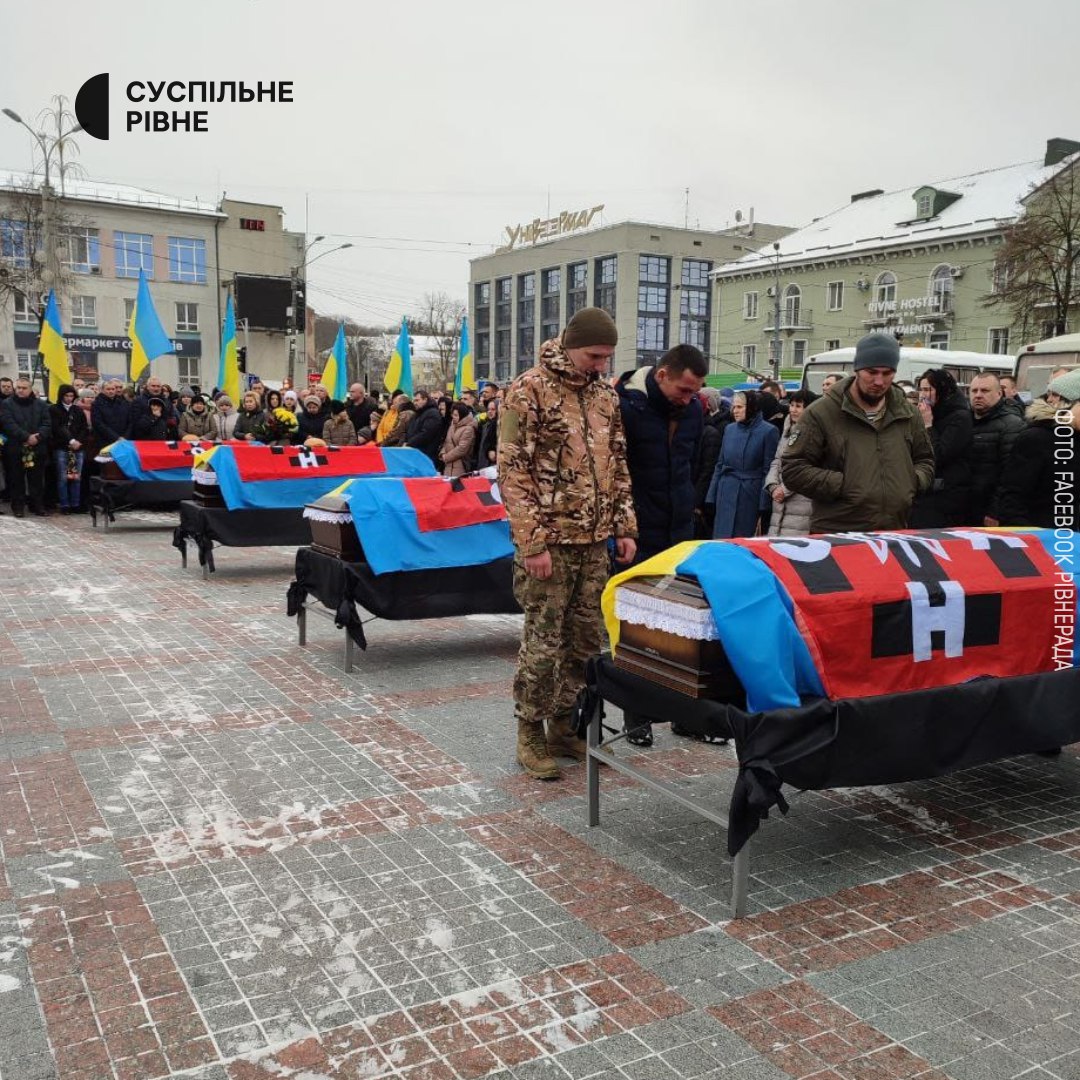 300 portions of kutya [ceremonial grain dish with sweet gravy traditionally served by Eastern Orthodox Christians and Byzantine Catholic Christians during the Christmas] were distributed in Uzhhorod to internally displaced persons and law enforcement officers on duty at Christmas. Kutya was prepared according to the recipe of Uzhgorod and Zakarpattia bishop Varsonofius. Children of policemen who moved to Uzhhorod because of the war helped in this.

In Mukachevo, schoolchildren brought holiday gifts to the military in the hospital. Schoolchildren prepare amulets, drawings, letters in support of defenders. They independently make purchases, form packages and personally hand them over to the soldiers with words of thanks for protection. 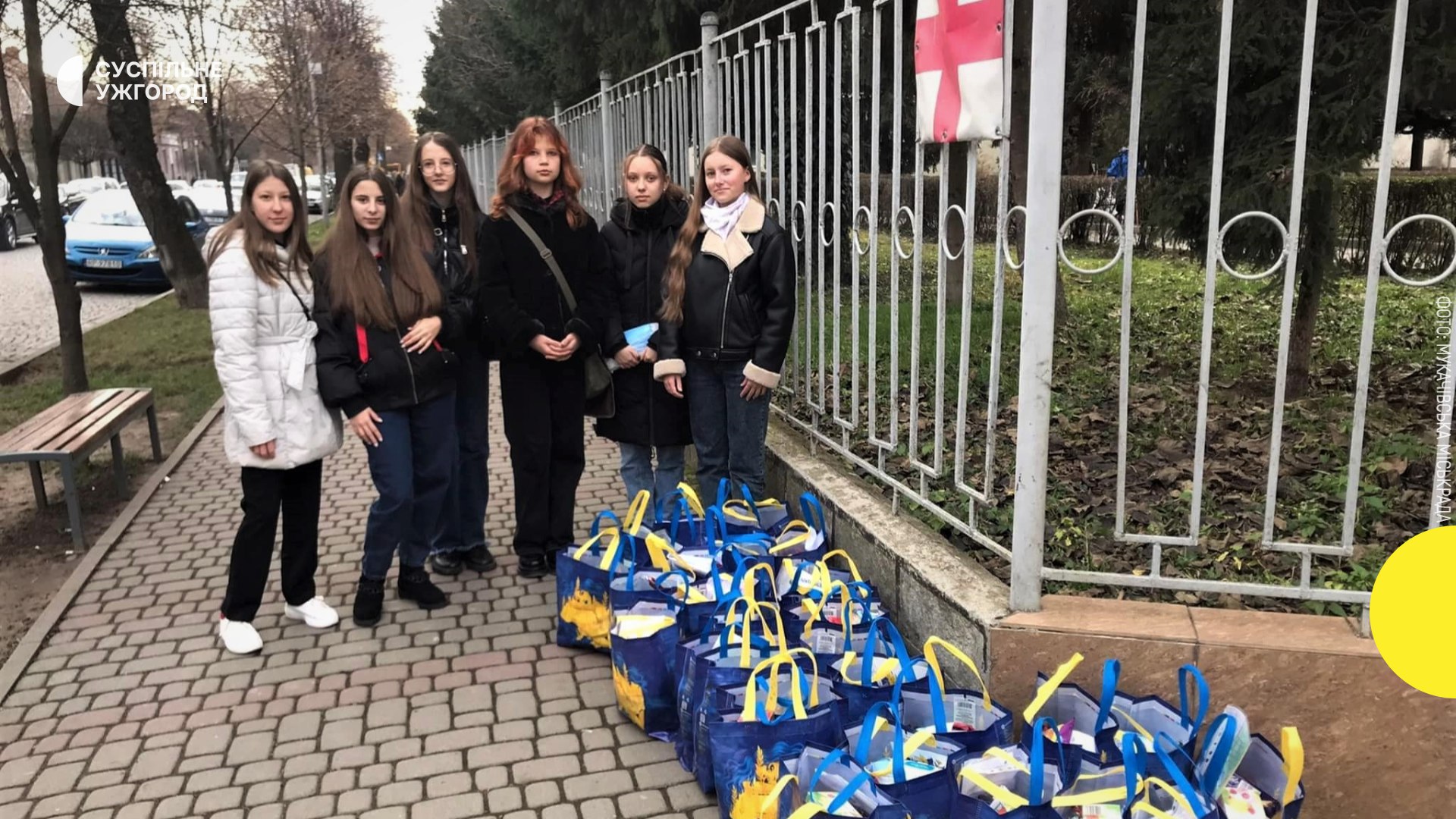