Operational information from the regions of the Active Community Network June 29, 2022

Поділитися 1 About us: The Active Community Initiative, launched by activists of the Respublika Institute after the Euromaidan (2014), focused on activating and involving Ukrainians in the decision-making process. The goal for 2025 is to activate and involve at least 1% of citizens in decision-making and promoting reforms in Ukraine on a systematic basis for …

About us: The Active Community Initiative, launched by activists of the Respublika Institute after the Euromaidan (2014), focused on activating and involving Ukrainians in the decision-making process. The goal for 2025 is to activate and involve at least 1% of citizens in decision-making and promoting reforms in Ukraine on a systematic basis for the well-being of Ukrainian communities. Today we work in 30 communities in Ukraine.

The Armed Forces of Ukraine guard the borders of the region and military facilities. Territorial defense fighters conducted tactical exercises and patrolled the city.

Andriy Raikovych, the head of the Kirovohrad Regional Military Military Administration, called on the leaders of the communities and territories not to stop arranging shelters and providing them with water, medicines, electricity and furniture. He also appealed to the residents of the region not to ignore the air-raid alarm and to stay in shelters during it.

Darya Lopatina, a choreographer from Kropyvnytskyi, united dancers in Ukraine and Europe in a patriotic flashmob.

Kropyvnytskyi athlete Ivan Bulych became the winner of an international tournament held in the Czech Republic. This is an international competition between clubs. There are no sports schools abroad, and competitions are held among clubs. There were a lot of athletes. The Ukrainian athlete won first place in the triple jump at the tournament in Prague. He showed a high result in the age category of 14-17 years. This was reported on the website of the athletics federation of the region, informs the media portal DOZOR.

The coordinator of the AUI “Active Community” provided the migrants who arrived in Kropyvnytskyi with consultations on obtaining documents on the status of an internally displaced person, as well as information on the available resources of employers of the regional center and surrounding communities.

On June 29 and 30, training shootings will take place on the territory of the Lubny community.

As a result of bad weather in Poltava region, 78 settlements were completely and 3 partially left without electricity. Many damages in Poltava due to falling branches and trees. 22 power lines and 343 transformer substations in the territory of the former Poltava, Karliv, Kozelshchyna, Lokhvytsia, Mashiv, Myrhorod, Novosanzharsk, Reshetyliv, Chutiv and Lubny districts were shut down. Currently, emergency crews continue to repair the damage.

Destroyed Russian equipment will soon be available for a closer look. The Museum of Bomber Aviation in Poltava is preparing an exhibition of trophies. 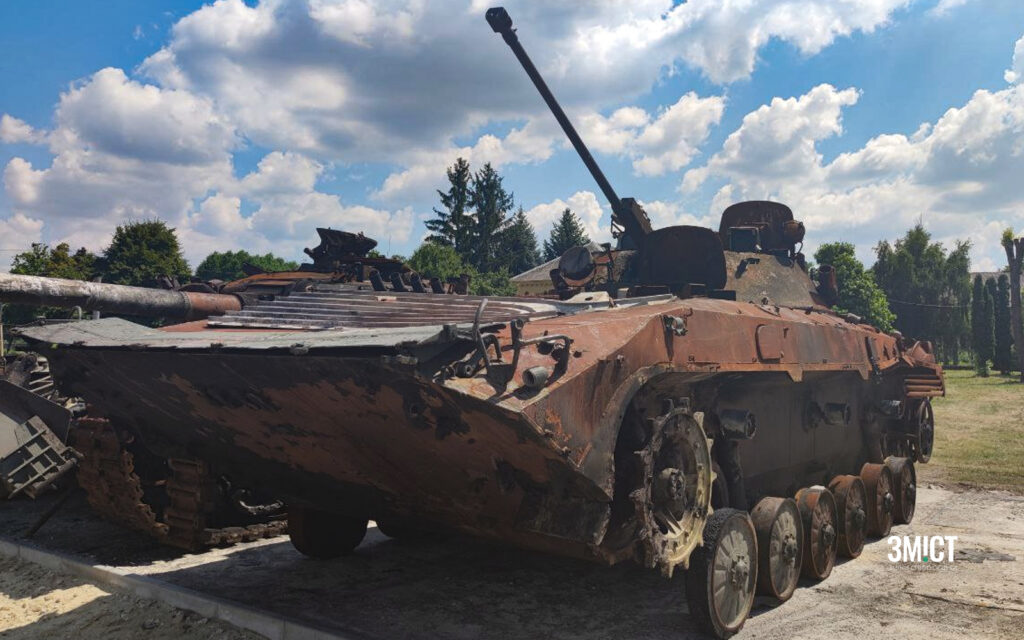 Today, the team of the AUI “Active Community” is scheduled to meet with the head of the public organization “Interaction” to discuss plans for July to conduct joint art therapy activities for families of internally displaced persons.

The enemy did not carry out any military operations on the territory of the community. In general, the situation in the community is calm.

The city council’s website published information about military assistance, but as it turned out, it was the help of volunteers, not the city council. Activists were outraged by the appropriation of their work and PR of the city authorities at the expense of volunteers, so the post was corrected with reference to the original source.

People have become more indifferent, they understand that the war has dragged on, it is harder to involve people in collecting aid.

The AUI “Active Community” Coordinator is preparing to conduct art therapy, which is scheduled for July 1.

Air-raid alarms have been sounded for the past 24 hours

The past day in the Khmilnytsky community was relatively calm. Utilities operate normally, provide electricity and water, and remove garbage from the streets.

Khmelnytsky lyceum students who received awards from the Khmelnytsky City Council transferred them in support of the army.

Children from Kozyatyn joined the fundraiser for bayraktar. And although funds have already been raised for bayraktars, the children of Makhnivka of the Kozyatyn Territorial Community continue to raise funds, already in support of the Armed Forces of Ukraine.

The coordinator of the AUI “Active Community” in Khmilnyk and Khmilnytsky region talked to the head of the Center for Children and Youth Creativity.

The Security Service of Ukraine detained a russian agent who was adjusting missile strikes on the Yavoriv military range in the Lviv region.

The situation in the region is stable and under control. As at 5 p.m., there were no air-raid sirens.

The community is considering starting school on August 1. Rescuers are touring all educational institutions and checking the suitability of shelters. After the inspection, “safety passports” will be issued.

There are more comfortable trolleybuses in Ivano-Frankivsk. This year the community purchased 5 electric vehicles from Salzburg. And now absolutely free of charge, as a charitable aid, traction engines, lifts and spare parts came from this Austrian city.

The AUI “Active Community” Coordinators conduct activities for both internally displaced persons and citizens. Such integration meetings bring people very close together and help them get used to the city and its culture. The team is also actively involved in fundraising to support the Armed Forces of Ukraine.

As of 17:00 there were no air alarms. The general situation is calm.

Soldiers of the Armed Forces of Ukraine patrol the border with Belarus. Representatives of the Territorial Defense patrol and are on duty at checkpoints.

Today the head of Rivne OMA Vitaliy Koval held a briefing on the beginning of the school year in schools. In the Rivne Oblast, everything possible is being done to start the educational process on September 1 full-time – in the usual form for children. But the main thing is to ensure security in educational institutions. This was emphasized by the head of Rivne OMA Vitaliy Koval during the briefing.

About 350 tons of humanitarian aid for the Volyn and Rivne oblasts came from philanthropists from Belgium. In particular, medicines, food, hygiene items, and military supplies were received.

The coordinators met with partners – the Youth Space and the Library for Youth to hold joint events in July.

The situation in the city and oblast is under control

A woman from Khmelnytsky, who was detained by the Security Service of Ukraine, was suspected of treason. In April officers from the Khmelnytsky Oblast Security Service of Ukraine exposed and detained a local woman who was assisting the occupiers. For a monetary reward, she collected and handed over intelligence to a representative of the special services of the Russian Federation, in particular about the location of military units and enterprises in the oblast that work for Ukroboronprom. The malefactor was also engaged in anti-Ukrainian agitation and propaganda.

The Regional Oblast Administration continues to work with philanthropists to provide units of the Armed Forces of Ukraine with vehicles. Therefore, two more Mitsubishi SUVs from the Heart of the Ukrainian Nation Charitable Foundation were handed over to the soldiers of one of the military units of the Khmelnytsky oblast with the assistance of the oblast military administration. 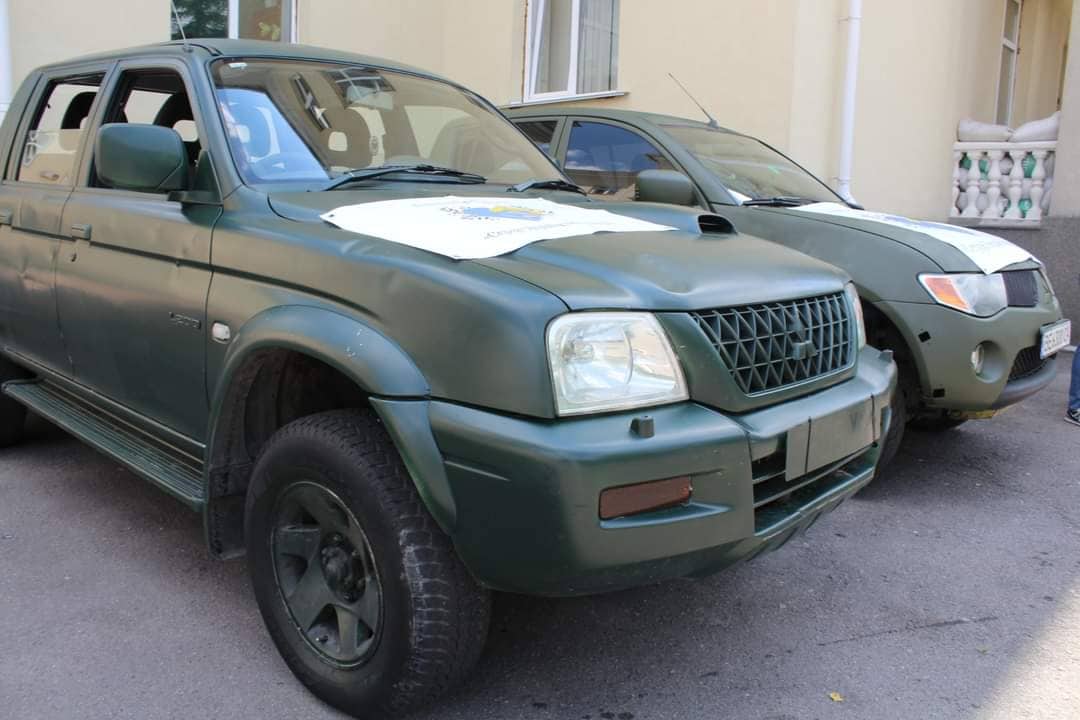 These vehicles have been serviced and painted, and in addition, volunteers have filled the bodies with 200 packets of dry rations, which will be useful to soldiers during combat missions.

Volunteers donated a house to the family of the deceased defender of Mariupol, who comes from the Khmelnytsky oblast. The American organization “August Mission” raised money for the purchase of a house in just 4 days. They have been cooperating with the Podillya Volunteers Charitable Foundation since March.

In Khmelnytsky on the central Proskurivska, it was forbidden to turn on background music in the open areas of cafes, restaurants and other establishments. Musical ensembles and soloists are not allowed to perform on the mentioned street, where the Alley of Heroes is located. This decision was made during the last meeting of the executive committee.

The regional coordinators held an art therapy event for children and parents. Together they painted eco-bags, and talked about our impact on the environment and how we can improve its condition.

Yesterday 20 more migrants arrived in the city. During the day, the community distributed 3,110 free hot portions of lunch and dinner.

Community medics continue to receive wounded soldiers for treatment and rehabilitation. Nine more defenders arrived in the city. Every effort is made to provide the fighters with comfort and appropriate treatment.

The city council’s website has officially announced that schooling will begin on September 1 and last until June 30, 2023. The commission that inspects shelters in educational institutions continues to work.

The mayor announced that gas and gasoline are on sale at almost all gas stations. Diesel fuel is expected in the evening.

Since the beginning of the year, private carriers of the community have been asking the City Council to increase tariffs. The figures sounded 17-18 hryvnias. However, today there are already calculations of the fare taking into account the increase in fuel prices. This is 10 hryvnias. The issue is planned to be submitted to the session of the city council. The community also operates public transport with the involvement of comfortable buses transferred from the Polish city of Kalisz, where the fare is currently unchanged – 5 UAH.

A playground has been installed near the secondary school №6. This gift was made to the children by the CRH plant, which now operates in Ukraine under the new CEMARK brand. Also, the joint-stock company “Podilsky Cement” is completing another project this year – the arrangement of a sports location in the village of the cement plant.

A tent camp in the park of Heroes of Euromaidan continues to work for children of the community and young migrants. There are master classes, sports entertainment, and educational games.

Another patriotic mural in Uzhhorod was painted on one of the walls of the fence of the Avtomobilist stadium on Constitution Day. It was created within the framework of the All-Ukrainian action on writing a mural, which was organized by the volunteer movement of Ukrainian youth Building Ukraine Together (BUR). 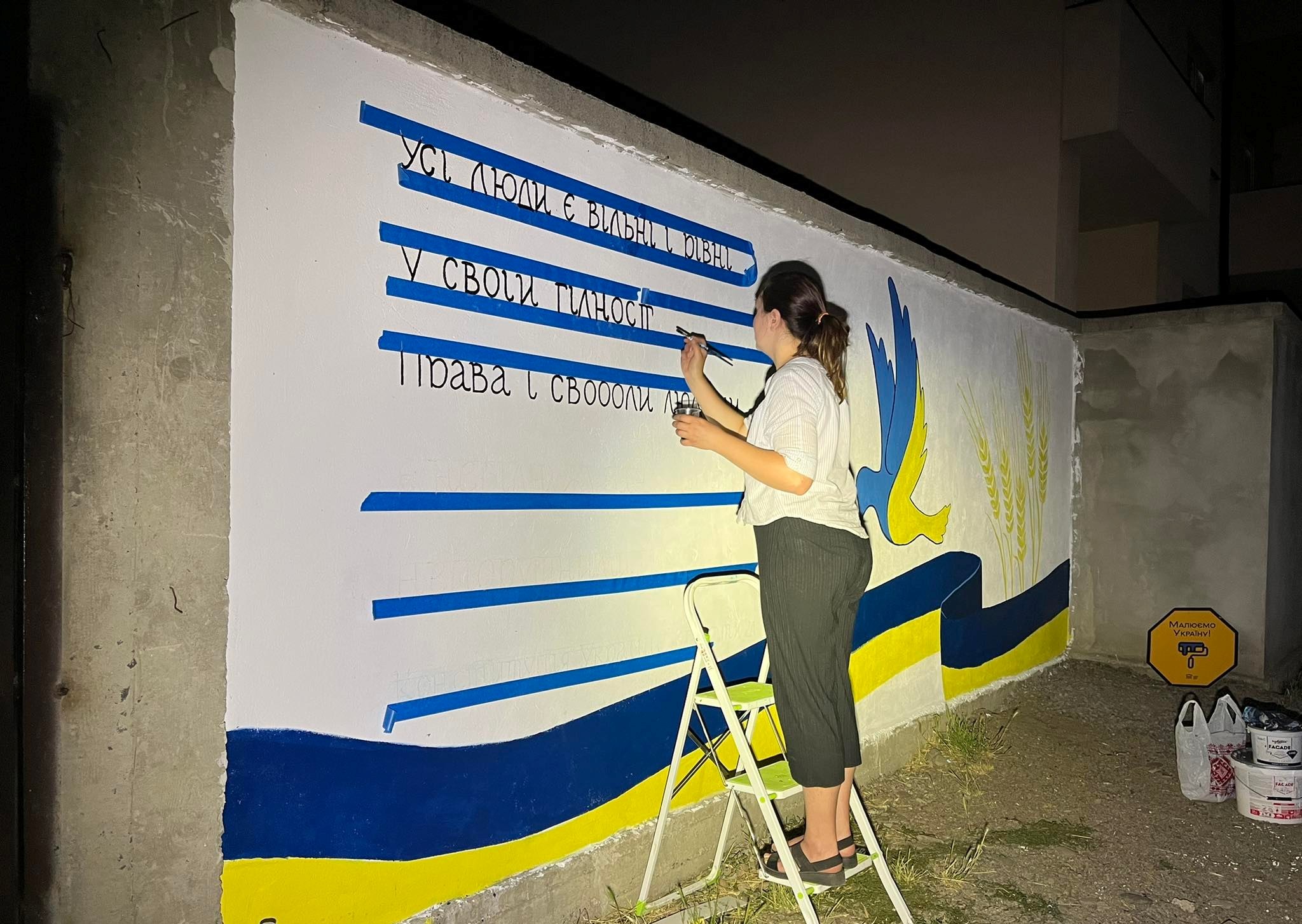 A panel discussion on “The Basic Law of Ukraine in the Conditions of War” took place in Uzhhorod on the occasion of Constitution Day in the regional scientific library. Scholars spoke about the historical context of the main document of the state. Attendees watched archival videos, which recorded the night of June 28, 1996, in the Verkhovna Rada of Ukraine.

The artist of the orchestra of the Honored Academic Zakarpattia Folk Choir Timea Fabian returned from the front line. And immediately hurried to her native choir class, where later a spontaneous decision was born: to perform with the team. No rehearsals were held. Although the last time Timea held the violin was almost six months ago.

100 children affected by the war have free rest in the Gorbok camp in the Mukachevo district of Zakarpattia. 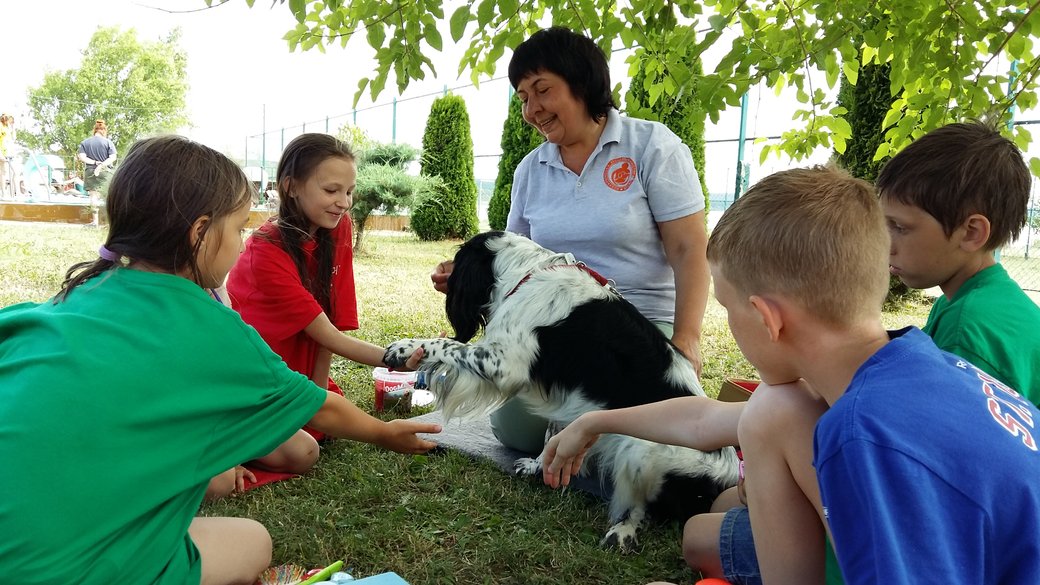