Operational information from the regions of the Active Community network September 1, 2022

On September 1, 25,000 first graders sat down at their desks in Kyiv schools. The celebration of the first bell in the capital took place mostly without traditional lineups. And every day for schoolchildren will now begin with safety rules to be observed during air raid alerts.

The municipal emergency and rescue service “Kyiv Rescue Service” celebrates 18 years since its foundation: during this time, rescuers have made more than 37,000 life-saving trips.

The body of another civilian who was tortured to death by the russian army was found in the village of Zdvyzhivka in the Kyiv Oblast. The man’s hands were tied, a cover was put on his head, and then he was executed. The body was found at the former positions of the russian army.

As a result of hostilities, the village of Vorzel suffered losses in the amount of 52 million US dollars. 21 apartment buildings and 176 private houses, 52 townhouses and duplexes, 206 private household outbuildings, 63 social infrastructure facilities, and 11 industrial facilities were destroyed or damaged.

Today, the President of Ukraine, Volodymyr Zelenskyi, visited the Irpin School No. 1. 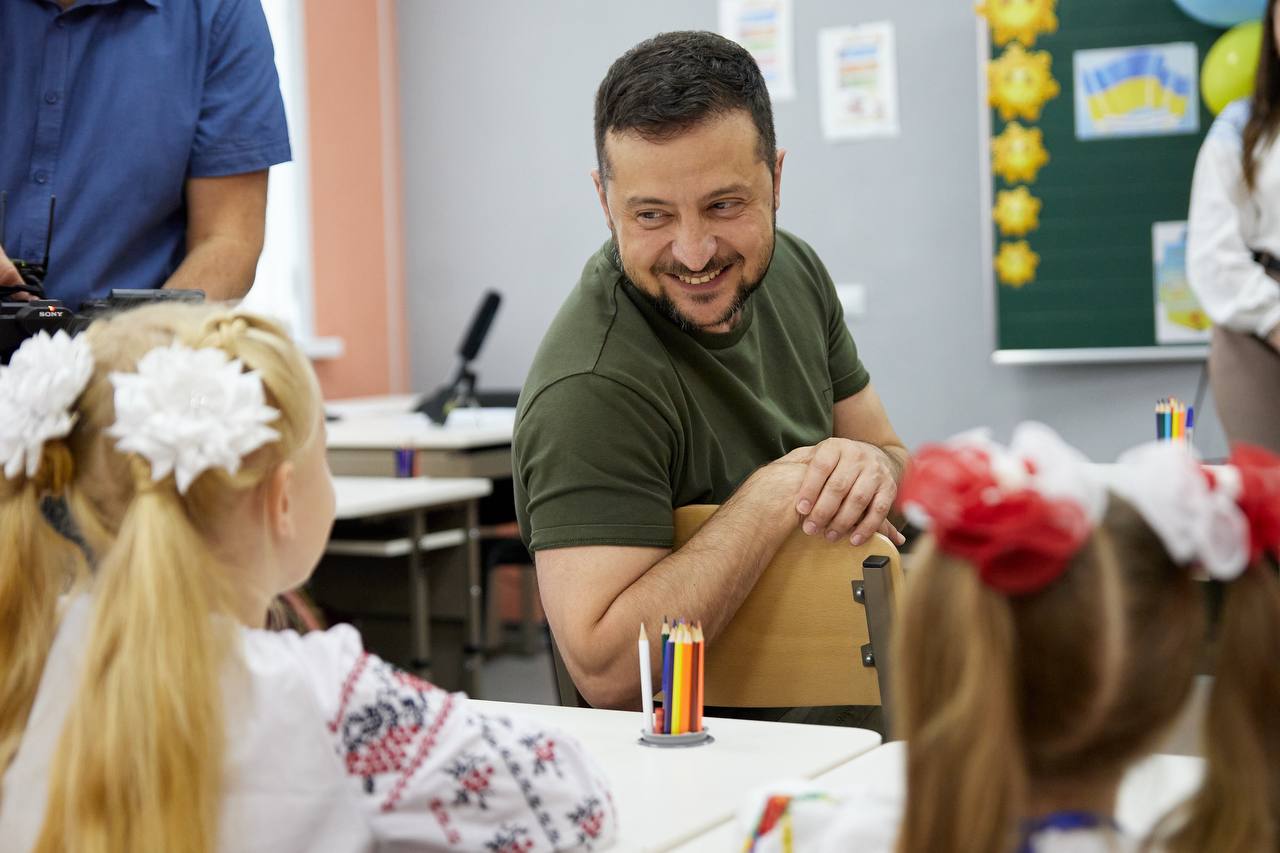 Andriy Levkivskyi, head of the city’s primary health care center, met with representatives of the Polish charity fund – Fundacja Humanosh im. Sławy i Izka Wołosiańskich, who, within the framework of cooperation and funding from Fundacja ING Dzieciom, delivered new medical equipment that will be used in Irpin outpatient clinics.

The Minister of Youth and Sports of Ukraine, Vadym Gutzait, visited Irpin to assess the extent of the destruction and the prospects for rebuilding the city’s sports facilities. He visited the destroyed building of the Irpin Children’s and Youth Sports School and the “Champion” stadium mutilated by enemy missiles.

The list of buildings to be dismantled was approved in Irpin.

In Zhytomyr, they said goodbye to 49-year-old serviceman Viktor Kalka.

Catherine Russell, the Executive Director of the United Nations Children’s Fund (UNICEF), visited the Zhytomyr Oblast. Together with her colleagues, she saw the results of the Fund’s six-month cooperation with the Zhytomyr Oblast Military Administration and the communities of the oblast. Currently, the Zhytomyr Oblast is one of the leaders in terms of the number of projects implemented with UNICEF. In addition, many joint practices are then implemented by the Fund’s team in other regions of Ukraine. The UNICEF team came to the aid of Zhytomyr Oblast almost from the first days of the full-scale russia’s invasion, providing medical and social institutions of the oblast with humanitarian supplies.

Ukraine plans to hold an international conference on the restoration of buildings and facilities destroyed during the war in the Zhytomyr Oblast, said Arseniy Pushkarenko, a member of the Servant of the People faction and head of the Zhytomyr oblast organization of the party.

Yesterday, around the noon, russian troops shelled the village of Kamianska-Sloboda of the Novhorod-Siversk Territorial Community with tube artillery.

Today, near the village of Yahidne, explosives experts neutralized ammunition by detonation.

The tank commander of the 35th separate guards motorized rifle brigade as part of the 41st combined arms army of russia was sentenced to eight years and six months behind bars. The court found him guilty under the article “Violation of the laws and customs of war.”

Yesterday the Ambassador of Germany Anka Feldhusen visited Chernihiv. The diplomat spoke with the head of the oblast military administration, Vyacheslav Chaus, with whom they discussed further cooperation and assistance to the Chernihiv Oblast, namely the total demining of land and water bodies.

Only 56 schools, or 14%, in the Chernihiv Oblast have the opportunity to teach their students offline.

In Chernihiv, the library named after V. G. Korolenko, which was damaged by russian shelling, has resumed its work.

Yesterday, Sumy residents escorted soldier Andriy Petrov on his final journey. He died in a hospital in Dnipro from wounds received during artillery shelling in the Donetsk Oblast on August 22.

A 44-year-old resident of the Sumy Oblast was detained on suspicion of high treason. According to the investigation, he was involved in cooperation with the FSB – russia’ federal security service. The man passed information to the enemy about the location of the military personnel and military equipment of the Armed Forces of Ukraine on the territory of Shostka Raion.

As a result of the war, almost 70 houses were destroyed in the Sumy community. About 700 more are partially damaged. These are the data of the legal department of the Sumy City Council.

In the Sumy Oblast, children sold pastries to support the defenders of Ukraine. During the operation of the improvised children’s checkpoint, about 12 thousand hryvnias were collected, part of which was transferred to one of the units of the Armed Forces of Ukraine, and the other part was spent to purchase gas cylinders and burners for two cooking sets for the border guards.

Putivl craftsmen took up painting anti-tank hedgehogs on the streets of the community. 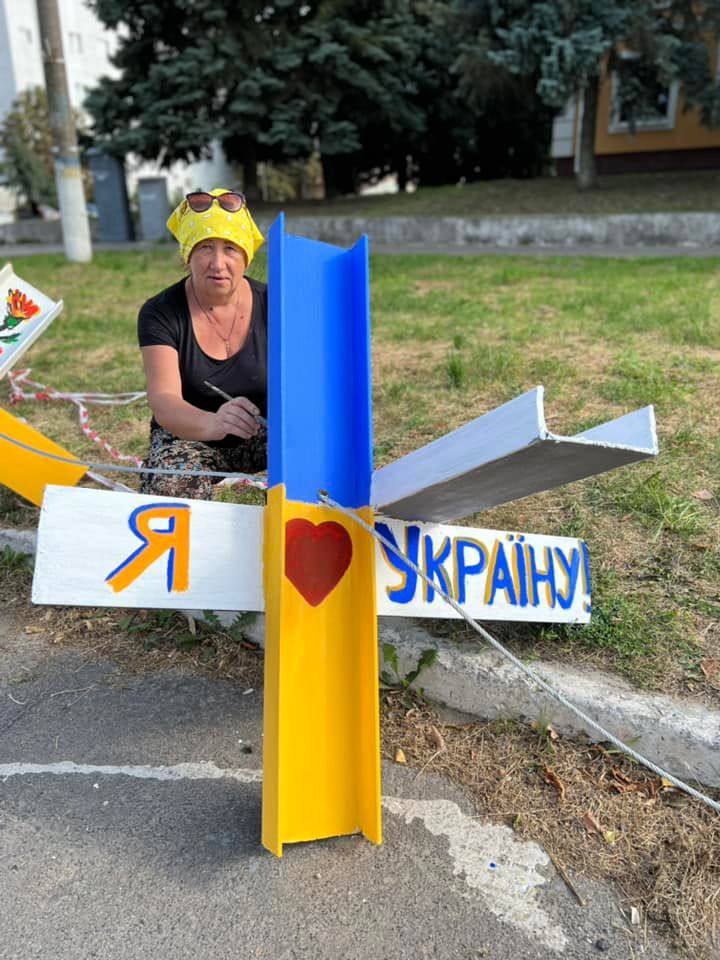 This night, after 10 p.m., the Kharkiv Defense Headquarters recorded the launch of 5 missiles from the russian city of Belgorod. Part of them “self-destructed” outside the territory of Ukraine.

During the day, the occupiers attacked the Izium, Kharkiv, Bohodukhiv, and Chuhuiv raions.

In the Izium Raion, private households were damaged due to intense shelling. In Balaklia, 4 civilians were wounded, including a 13-year-old boy. A 50-year-old man was killed in Balaklia.

One of the buildings of an agricultural enterprise was damaged in the Bohodukhiv Raion as a result of russian shelling.

At night, the occupiers bombarded the Chuhuiv Raion. A fire broke out in a 5-story residential building in Pechenihy. Rescuers evacuated 10 people. A 30-year-old man was hospitalized with an injury.

Around 3 in the morning, the russians attacked Pechenihy again. Private households and the outpatient clinic building were damaged.

A house destroyed by russian shelling is being restored in Pavlove Pole in Kharkiv.

In Kharkiv, little schoolchildren sit at their desks in a shelter – at the metro station. 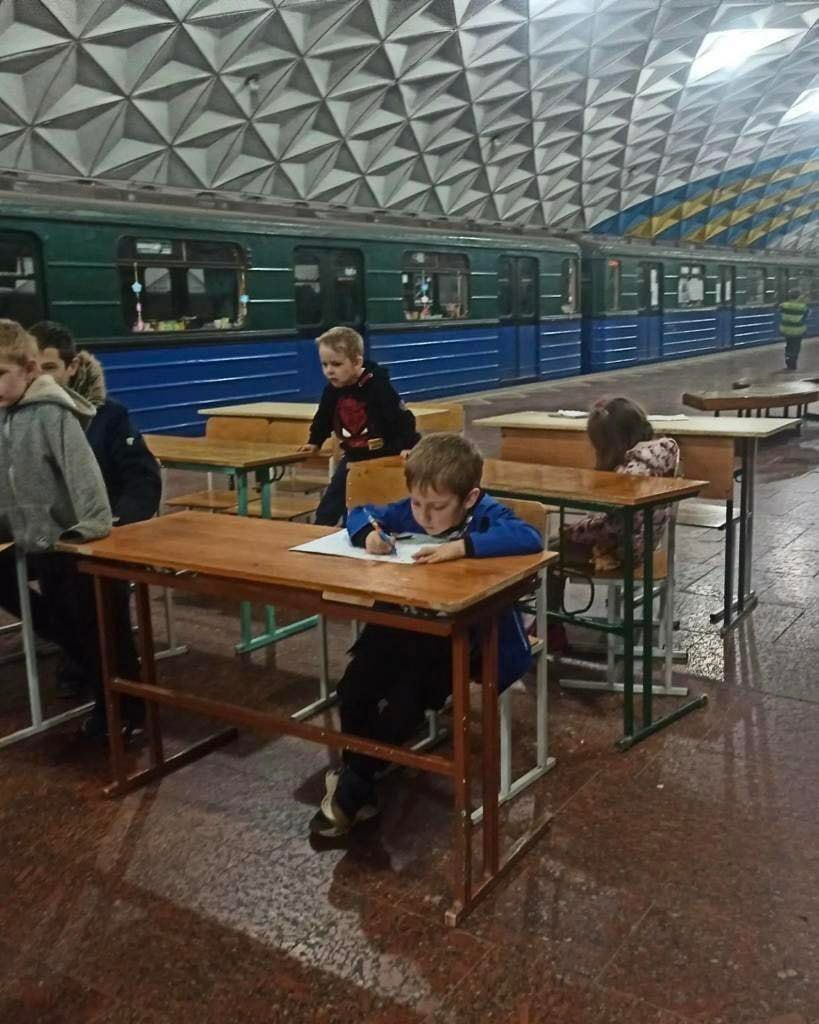