Operational information from the regions of the Active Community network September 4, 2022

Yesterday, a farewell ceremony was held in Kyiv for the “Tengri” reconnaissance sniper, who died while performing a combat mission.

Residents of a damaged high-rise building in Irpen are trying with all their might to restore their home, until it was finally destroyed by winter. According to preliminary calculations, 15 million hryvnias are needed to restore their house. However, 60% of the infrastructure in Irpen is damaged, the city council says, so there is not enough money for everyone. Therefore, efforts are now at least to protect houses from destruction by rains and cold.

In Fastov, activists are creating a mural with the name “Ukraine 24/7”.

Two soldiers from the Zhytomyr Oblast died defending Ukraine from the russian invaders.

A charity football match was held this weekend at Zhytomyr “Spartak Arena”. This was done in order to raise money for the support of Ukrainian defenders. The game was amazing, because Zhytomyr National Guardsmen and volunteers competed with each other.

More than three hundred residents of Zhytomyr took part in the international charity race “Back to School”. The purpose of the event is to help organize a full-fledged educational process in the conditions of a full-scale war. The start and finish took place near the Lyceum №25 of Zhytomyr, which was destroyed as a result of the bombing by russian aircraft on March 4, 2022.

On September 3, the russians, in addition to the Novgorod-Siverskyi community, shelled three more communities near the borders of Chernihiv Oblast. 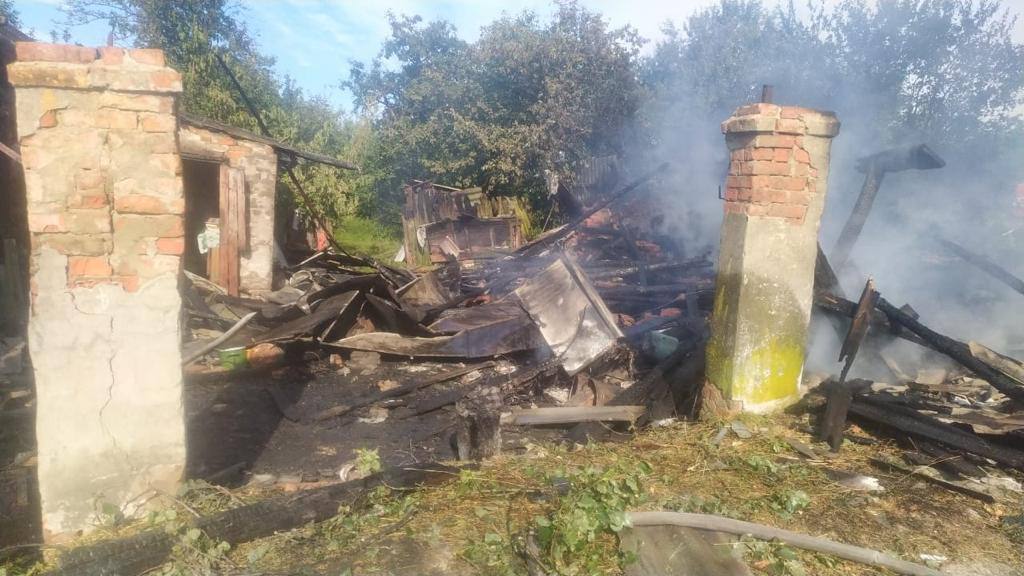 On the territory of the Semenivska community, russian troops struck twice from a self-propelled artillery installation from the russian village of Lomakivka – as a result there were 16 explosions.

The russians shelled the Snovsk community with barrel artillery – this caused 11 explosions.

In Krolevets, at an improvised roadblock, children held a charity event and collected money to help the Armed Forces of Ukraine. The funds were spent on socks for the soldiers of the 58th brigade.

During the day of September 3, the russian military from the territory of russia shelled two border communities in Sumy Oblast: Krasnopillya and Bilopillya. The Krasnopillya community was shelled in the evening, almost 50 explosions were recorded: the enemy fired self-propelled guns and mortars.

On the night of September 4, there were about 100 hits in seven communities on the territory of Sumy Oblast. The russian military shelled Shostka district: Shalygy, Esman, Seredyno-Buda, Druzhbivka and Znob-Novgorodske communities. In the village of Novovasylivka (Znob-Novgorodske community), the walls of houses were cut by debris, the premises of the school and the village council were damaged.

On September 4, the enemy shelled the outskirts of the village of Yastrubyne (Sumy raion), from the russian side. The shelling started around 5 am. Five 120 caliber mortar hits were recorded.

Around midnight, two explosions rang out in the Kyiv district of Kharkiv. The enemy launched a rocket attack on the city. As a result of the hit, a large-scale fire broke out in the restaurant building.

During the past day, the occupiers shelled the Kharkiv, Izyum, Bogodukhiv and Chuguiv Raions of the oblast. Private houses and commercial buildings were damaged, fires broke out in the open area.

On September 2-3, there were six fires in the village of Bezruky (Dergachi community) as a result of russian shelling, reported the regional rescue department.

Offensive actions continue in the Bakhmut and Avdiiv directions. The enemy continues to use anti-aircraft defences to cover his troops actively and conducts aerial reconnaissance with high intensity using UAVs. It is trying to improve the logistical support of its forces. The enemy attacked military and civilian infrastructure using tanks, combat vehicles, barrel and rocket artillery:

Units of the Defense Forces hold their positions and prevent the enemy from advancing deep into the territory of Ukraine. The defence forces managed to successfully repulse the enemy attacks in the areas of the settlements of Bogorodichne, Pasika, Dolyna, Bakhmut, Pokrovske, Bakhmutske, Pisky, Pervomaiske.

On September 3rd, the russians killed 4 civilians in the Donetsk oblast: 2 in Velyka Novosilka, 1 in Siversk, and 1 in Vodiani. 2 more people were injured.

Since February 24, the russians have killed 797 civilians in the Donetsk oblast and wounded another 2013.

Oleksandr Honcharenko, the head of the city military administration of Kramatorsk, congratulated the entrepreneurs on their holiday.

Due to the accident at the substation, part of the city was left without electricity. Specialists are working on eliminating the problem.

The liquidation of the consequences of the shelling of the city continues, and communal services are working.

Evacuation of the population continues.

The AUI “Active Community” coordinator conducted another class with children with disabilities, where organizers for pencils and other stationery were made. These crafts will be useful for children since the new school year has begun. 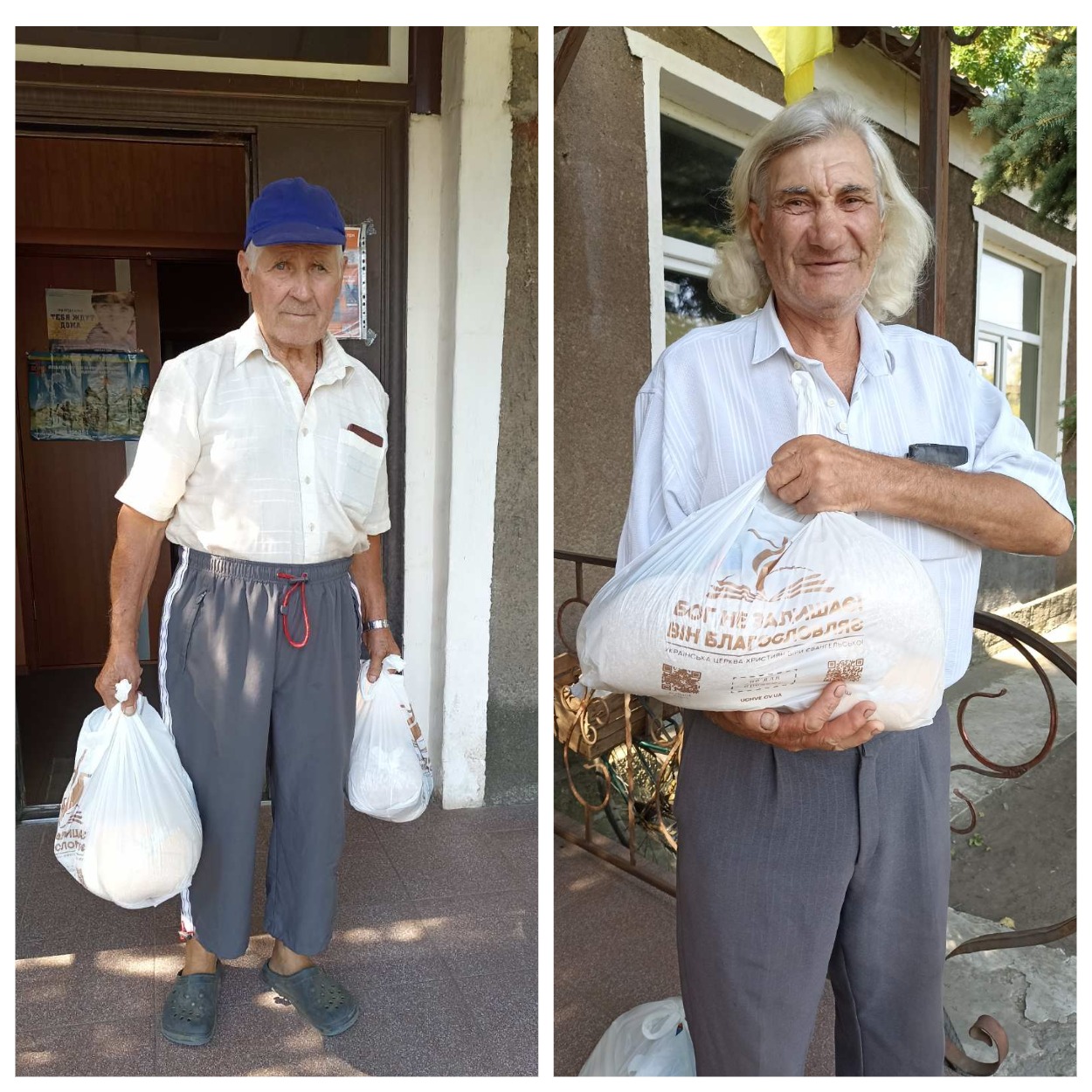 Thanks to the support of humanitarian organizations and participation in international grants, the central city hospital of Myrnohrad, Pokrovsk raion, received modern equipment. Its total cost is more than four and a half million hryvnias.

The coordinator of the AUI “Active Community” communicated with the displaced persons and provided them with information about what they needed to know about medical services for internally displaced persons.

On the Left Bank, corpses have not yet been recovered from under the rubble. According to neighbours, there are currently 4 to 6 dead in the house. The occupation authorities do not react, pretending that nothing is happening.

There are constant battles in the area of ​​the Lysychansky Refinery – the russian army cannot break through the defence of the Armed Forces.

More than 300,000 residents have left Luhansk Oblast since the beginning of the full-scale invasion. Evacuated residents went to different regions of Ukraine.

Power supply has disappeared in Berdyansk, Melitopol and Kyrylivka temporarily occupied by the russians. Due to this, interruptions in the water supply are also observed. There is no detailed information about restoration or repair yet.

In Tokmok and Melitopol, russian military equipment with a new marking is observed: an inverted triangle and a circle inscribed in it.

It became known that on September 2nd in Tokmak, Ukrainian partisan Maksym Mahrynov blew himself up together with two occupiers. The russians came to him with accusations of adjusting the fire of the Armed Forces of Ukraine on the bases of the occupiers in the city. Maksym really carried out partisan activities, helping to liberate Tokmak.

A charity art event in support of the Heroes of Azovstal took place in Zaporizhzhia. As part of the event, a concert and a charity sale of works of art took place.

The Zaporizhzhia NPP again lost connection with the last main external power transmission line. However, the plant continues to supply electricity to the grid through a backup line. This was reported to the IAEA.

Explosions are heard in occupied Energodar. There is currently no detailed information.

Yesterday afternoon, the enemy attacked the Central District of Mykolaiv with an air-launched Kh-59 missile launched from a Su-35. The rocket hit a private yard and destroyed a house and outbuildings. One person was injured.

Also, on the night of September 4rd, around 02:30, Mykolaiv was subjected to massive enemy rocket fire. Three medical institutions, two educational institutions, a hotel and a museum were significantly damaged. Residential buildings were also damaged.

Yesterday, the village of Pervomaiske was under fire from the russians. Enemy shells hit residential buildings.

Today, the enemy struck Ochakov. A civilian infrastructure object was hit. Residential buildings were also damaged as a result of the shelling.

Yesterday afternoon, a russian rocket hit a private house in the village of Vysunsk, Berezneguvat community. As a result of the destruction of the house, one child died. Four people were wounded by shrapnel, three of them children.

Yesterday, from 16:00 to 19:00, there was enemy shelling of the outskirts of the village of Novooleksandrivka, Ingul community. There were no injuries or damage.

This morning, the city of Voznesensk was shelled by the occupiers. As a result, premises were occupied at the enterprise. There is damage to residential buildings.

Mrs Karina Mendel – Head of the Committee on Cooperation between Baltimore and Odesa is in Odesa for another visit. As part of the visit, Mrs Mendel held a meeting with the mayor of Odesa, Gennady Trukhanov. According to her, the committee cooperates with the organization World Central Kitchen, which provides products to Ukraine, the committee also helps local charitable foundations and supports the Ukrainian community in Baltimore. Gennadiy Trukhanov thanked the residents of Baltimore and its mayor for their help and support of Ukraine.

People are united and active, engaged in volunteering. The situation in the community is tense due to the threat of rocket attacks.

The coordinator of the AUI “Active Community” provided information to citizens about receiving psychological, social and humanitarian assistance.