Operational information from the regions of the Active Community network September 5, 2022 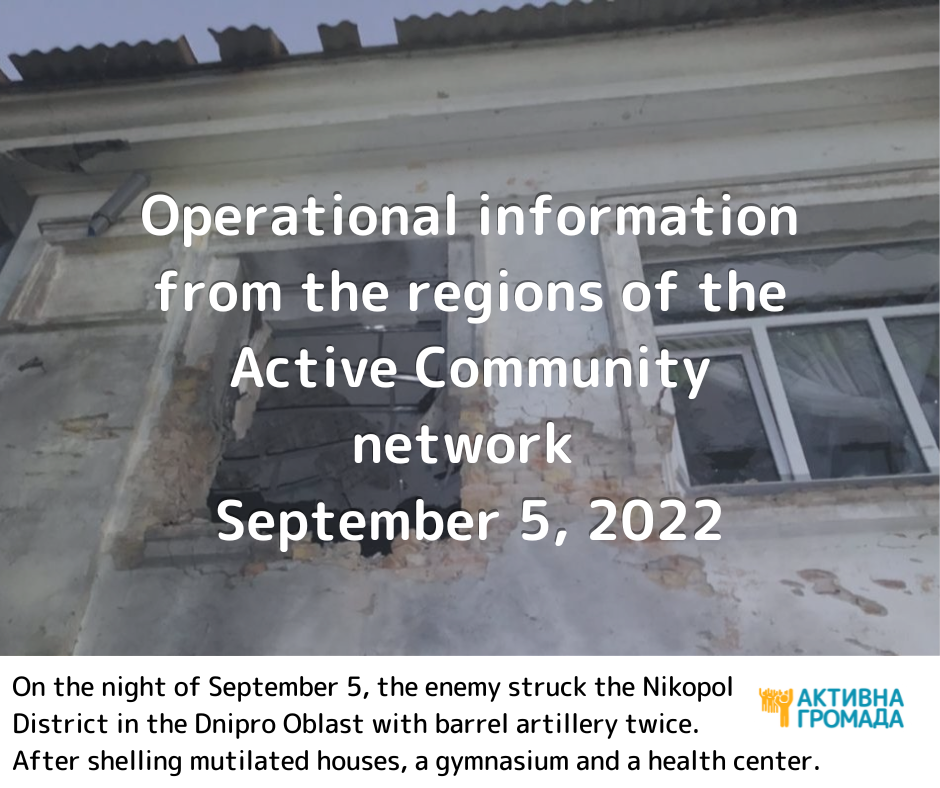 In Kyiv, law enforcement officers, together with military commissars, carried out inspections of the work of institutions in the capital city to comply with the curfew. As a result of the inspection, no violations were recorded, however, administrative materials were compiled on citizens who were on the street during the curfew.

Children who were collecting money for the Armed Forces of Ukraine were robbed in Kyiv. Arriving at the scene, inspectors met a 12-year-old girl. She said that together with her friends, she was raising money for the needs of the Armed Forces of Ukraine by playing musical instruments. Later, an unfamiliar man came up, snatched the bag with the money from her hands, and ran away. Concerned citizens who witnessed the incident, detained the perpetrator.

A 3D tour of Khreshchatyk, where russian military equipment was exhibited, is available now. You can view the exhibition on the website of the tourist and cultural hub of Kyiv.

Rescuers of the Kyiv Oblast keep the situation with peat fires under control. Fire suppression continues near the villages of Sosnivka and Pershe Travnia.

In Irpin, in the public garden on Hostomelske Shose Street, the “Park of Children’s Dreams” holiday was held for young residents of the SMU microdistrict. For several hours, children wrote letters and drew pictures for the military and, together with the brand new uniform, packed them in boxes to be sent to the front, watched demonstration performances by a cynologist and psychologist dogs, and did fun exercises. They also received sweets and stationery from the charity organizations “World Central Kitchen” and “Tvory DoBro”, and souvenirs from Australia. 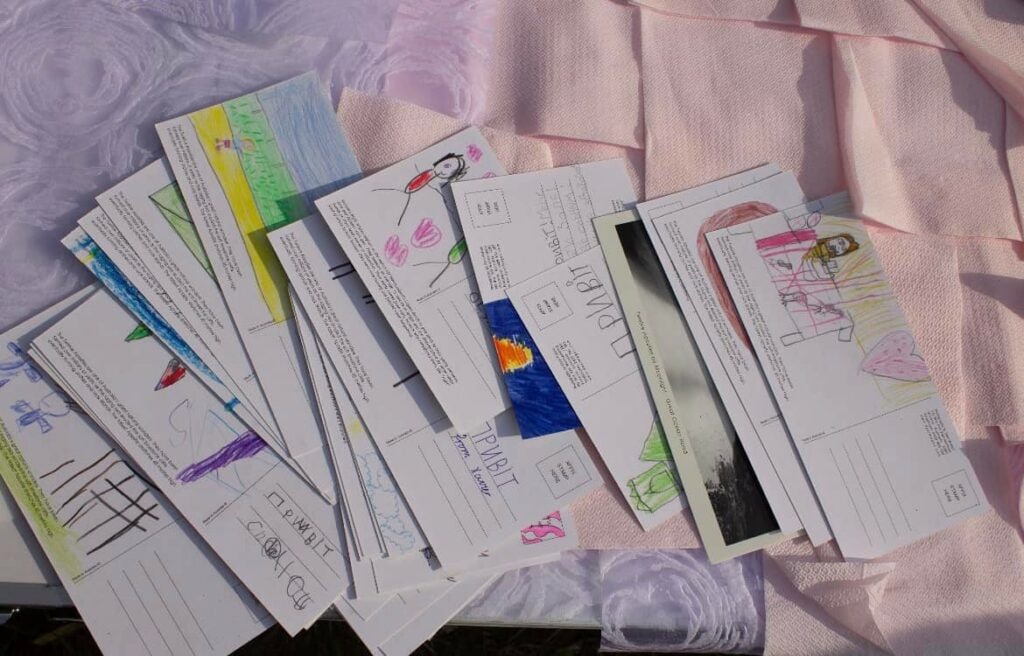 On the occasion of the International Day of Charity, the Mayor of Irpin, Oleksandr Markushyn, thanked all the benefactors who provided assistance to the residents of the Irpin community during the war.

The National Police of the Zhytomyr Oblast began an investigation into the case of the detonation of an anti-tank mine that was hit by the mini-vehicle of the forest guards service on September 2, as a result of which one forester was killed and another was injured.

Since the beginning of the war, russian invaders have damaged six cultural heritage sites in the Zhytomyr Oblast. This was reported by the Ministry of Culture and Information Policy of Ukraine.

In Zhytomyr, within the framework of the special project “Dialogues about Victory”, a conversation was held with Volodymyr Necheha, the head of the emergency rescue squad of the State Emergency Service in the Zhytomyr Oblast. With the beginning of the full-scale invasion, his unit rescued people who found themselves under the rubble of buildings hit by enemy shells. They also extinguished fires at oil depots and eliminated the consequences of air strikes.

At the acrobatics festival in Zhytomyr, 7 thousand hryvnias were collected for the Armed Forces of Ukraine. “We are collecting funds to purchase radio stations for the military, who are currently in the East of the country. The money that was collected at the Acro Day 2.0 will be added to the already raised funds for the purchase of the necessary equipment for the military,” says Oleksandra Koriahina, head of the “Dodze” Charity Foundation.

The coordinator of the AUI “Active Community” provided information to internally displaced persons about humanitarian aid and where it can be obtained.

On September 4, russian troops shelled the Novhorod-Siversk community in the Chernihiv Oblast. More than 20 hits were recorded.

The State Bureau of Investigation reported suspicion to two military men involved in the wounding of children in Chernihiv at the fair: the soldier who allowed the child to pull the trigger, and his commander, who ordered his subordinate servicemen to bring weapons to the exhibition for demonstration.

Yesterday, around 11 a.m., the police received a report that an object similar to a hand grenade was lying near the bank in the Desna River. Experts of the explosives service, having examined the discovered item, came to the conclusion that it was really dangerous and removed it for subsequent disposal. 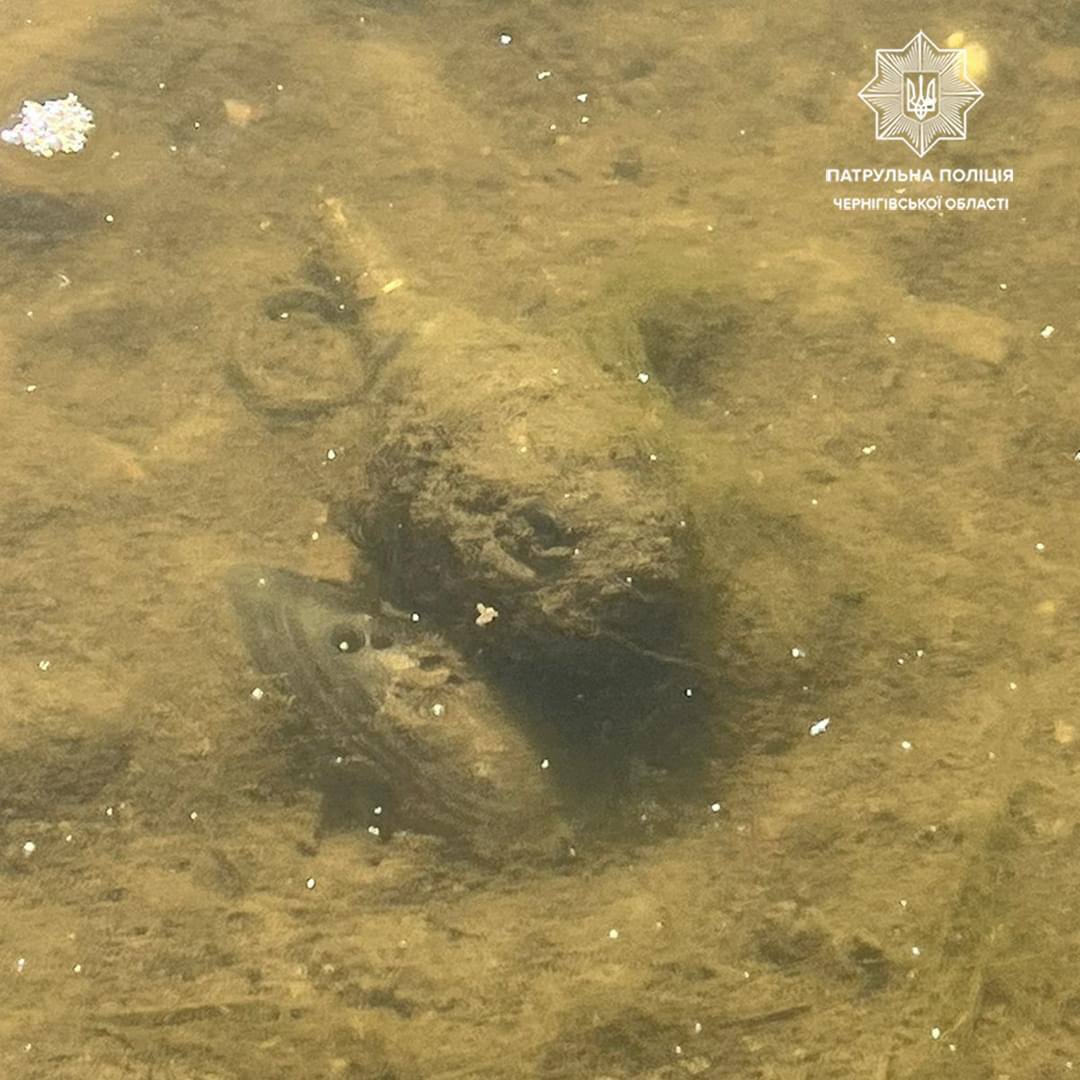 On September 4, the russian military shelled the northern communities of the Sumy Oblast: Znob-Novhorodske, Shalyhyne, Seredyna-Buda, and Esman. Almost 40 hits were recorded. In Znob-Novhorodske community, a power line was damaged.

On September 5, the russian military shelled the communities of Bilopillia and Myropillia. 8 hits from a 120-mm mortar were recorded on the outskirts of the village of Volfyne of the Bilopillia community. Cars and houses were damaged.

And in the Myropillia community, the two-story hospital building and the village council building were damaged. Also, the power grids were cut off there, there is no lighting.

On September 4, around 6:30 p.m., as a result of a missile attack by the occupiers, 3 people were wounded in the Novobavarskyi district of the city. The missile hit the ground, but the blast wave damaged private houses and a 10-story apartment building.

Over the past day, the russian occupiers shelled the civilian population of the towns and villages of the Izium, Chuhuiv, Kharkiv, and Bohodukhiv raions. Residential buildings, outbuildings, and industrial facilities were damaged, also several fires broke out.

A woman died in the Bohodukhiv Raion; rescuers unblocked and removed the body from under the rubble of the house. A woman and 3 men were injured in the Izium Raion. A 67-year-old man was wounded in the Kharkiv Raion.

Over the past day, the occupying forces carried out 11 attacks on the cities and villages of the Donetsk Oblast. In all cases, the shells hit the places of residence of the civilian population. As a result of shelling, there are dead and wounded. Hit next were the cities of Avdiivka, Bakhmut, Krasnohorivka, Kurakhove, and Sloviansk, as well as the villages of Paraskoviivka, and Tonenke. The russian army bombarded civilians with missiles and rockets of the Grad and Uragan MLRS, and artillery. 28 civilian projects were destroyed or damaged: 22 residential buildings, a transformer substation, garages, and a railway track.

In the Kramatorsk sector, the enemy fired in the areas of Piskunivka, Donetsk, Kryva Luka, Siversk, and Spirne.

In the Avdiivka sector, the settlements of Krasnohorivka, Maryinka, Avdiivka, and Vodiane were shelled by mortars and tube artillery.

On September 4, the russians killed 3 civilians of the Donetsk Oblast: two people in Kurakhove and one person in Soledar. 3 more people were wounded.

Since February 24, the russians have killed 800 civilians of the Donetsk Oblast, and wounded 2017 more.