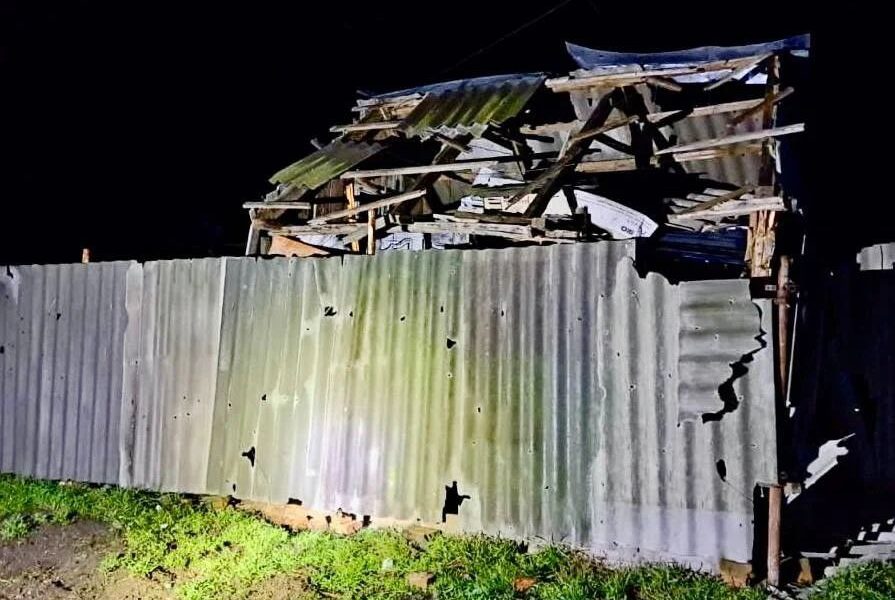 Operational information from the regions of the Active Community network 04.01.2023

The three hundred and fifteenth (315) day of heroic resistance of the Ukrainian people to the large-scale russian military invasion continues.

The three hundred and fifteenth (315) day of heroic resistance of the Ukrainian people to the large-scale russian military invasion continues. 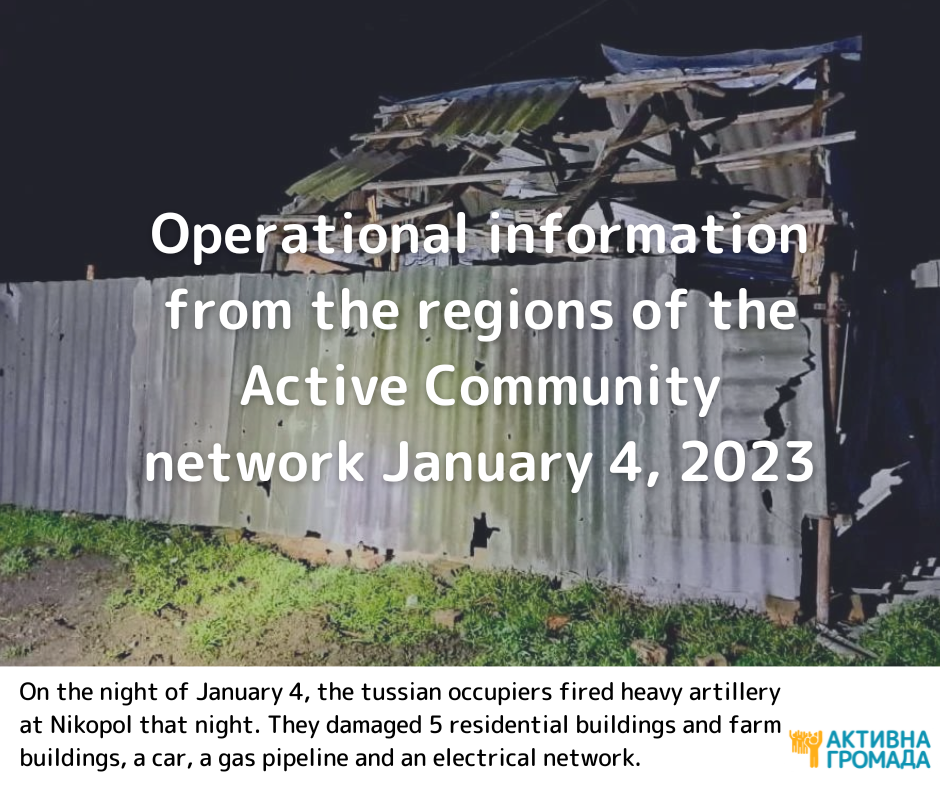 Today, Kyiv residents organized a cleanup in Protasiv Yar at the place hit by a russian missile on December 31. 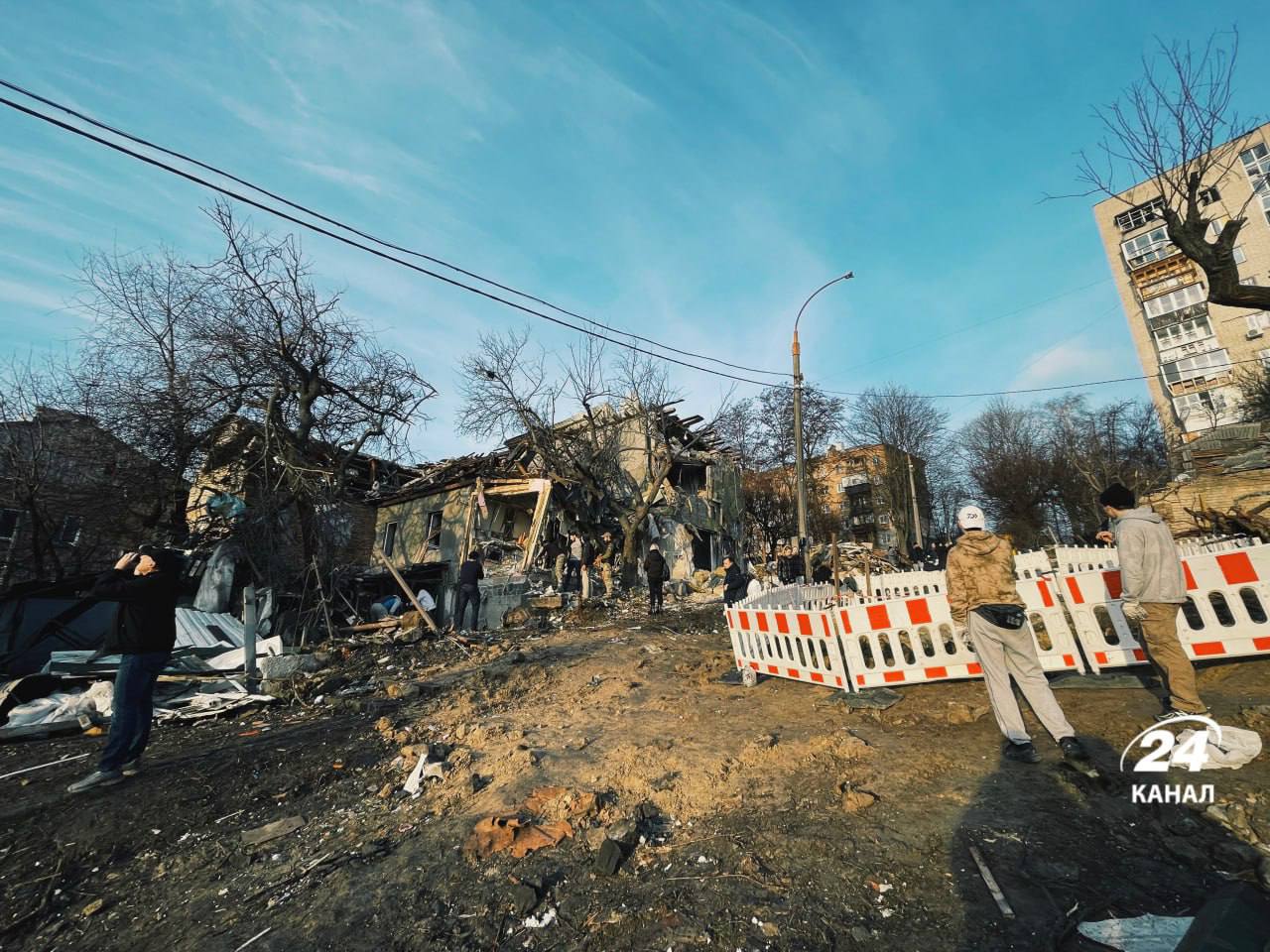 Today, Kyiv received three passenger buses from the Finnish city of Tampere. The buses also carried humanitarian aid collected for the capital of Ukraine by the city authorities of Tampere together with active citizens of Finland.

In the Vyshneve community, a modern shelter was set up in one of the educational institutions. This is a spacious safe place with desks, cabinets and a projector, which used to be a basement. It has several rooms and bathrooms. The shelter is equipped with generators. 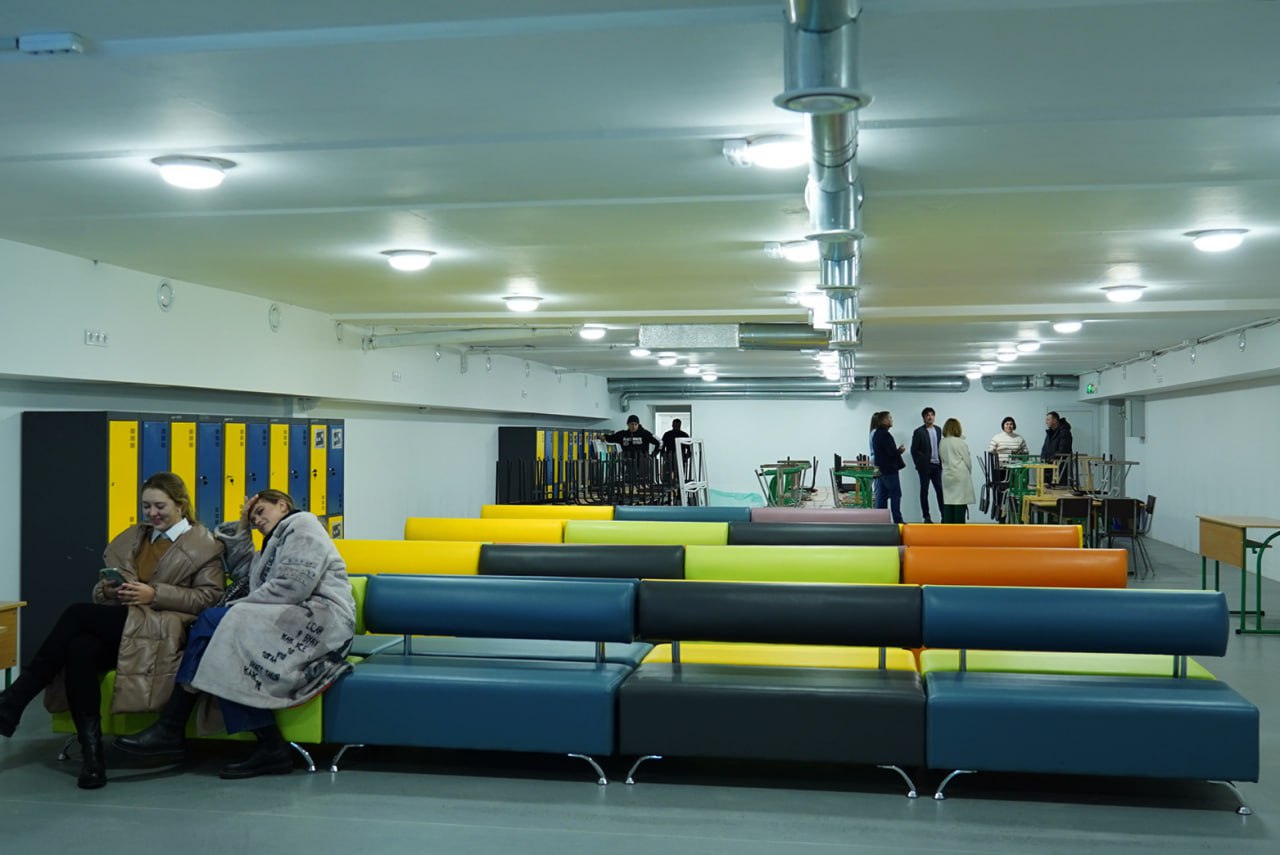 Residents of the Irpin community, whose apartments and houses were damaged during hostilities, can receive humanitarian aid in the form of building materials. The materials will be provided by the UN Refugee Agency and its partner organization, the Rokada Charitable Foundation. To receive this aid, you need to fill out the application form yourself or contact the Center for Administrative Services (CAS) and fill out the table with a list of materials.

Zhytomyr says goodbye to one of the heroes who returned on the shield. Vitaliy Mylyi began his service in the ranks of the Armed Forces of Ukraine on a contract basis back in 2019. As part of the AFU airborne assault troops, he defended the eastern borders of Ukraine. May the memory of the Hero be blessed.

The capital of Estonia sent generators, inverters and extension cords to the communities of the Zhytomyr Oblast.

“And this is only a small part of what will come to the communities of the oblast later,” the mayor of the Estonian capital Michael Kilvart said. “This is the part that Tallinn transfers, and later more generators will arrive: about 60 generators of different capacity. The Association of Estonian Cities and Municipalities managed to raise about 250 thousand euros for their purchase.”

LED flashlights in a wooden case for the military of the Armed Forces of Ukraine are made by Serhii Petrushevskyi, a volunteer from Zhytomyr. In three months, he has already produced more than 150 flashlights.

The Zhytomyr Community Fund provided assistance In the amount of 148,826 hryvnias to Lyceum No. 25 in Zhytomyr, whose building was destroyed by a russian missile on March 4, 2022. With the raised funds, it was possible to purchase and install windows, carry out current emergency repairs to install a metal-plastic structure in room No. 2, as well as deliver and install an emergency power supply system for the storage room of the lyceum.

Yesterday, russians shelled the border communities of the Chernihiv Oblast: Novhorod-Siversk and Semenivka. The Semenivka community was hit eight times by a 120-millimeter mortar shells. Border guards also recorded six hits on the territory of the Novgorod-Siversk community, also resulting from mortar shelling, but this time the caliber was 82 millimeters.

On January, 3 at around 9 p.m. russian troops hit the Znob-Novgorodske community with mortars twice. Six hits were recorded. There were no injuries or damages.

Enemy shelling of border settlements in the Kupiansk, Chuhuiv and Kharkiv raions of the oblast continued yesterday.

Two men aged 42 and 72 were injured in the Kupiansk Raion during the day. They are hospitalized in moderate condition.

Demining is ongoing in the oblast. During the day, pyrotechnics of the State Emergency Service defused 76 explosive objects.

In Balaklia, the multidisciplinary hospital destroyed by the occupiers has resumed its work. This medical facility will accept the first patients tomorrow.

On January 3, the russians killed one civilian in Kurakhove of the Donetsk Oblast. Another five people in the oblast were injured.

Since February 24, the russians have killed 1,287 civilians in the Donetsk Oblast and wounded another 2,810. The number of victims in Mariupol and Volnovakha is currently unknown.

In the east of the Pokrovsk Raion, the enemy hit the cities of Avdiivka, Hirnyk, Kurakhove, the villages of Vesele, Kamianka, and Krasnohorivka.

The russians shelled Kurakhove four times with artillery. One civilian has died, there are injuries. At least two apartment buildings, two private houses and a shop were destroyed. We also have a wounded person in Hirnyk, a private home was damaged. It is reported by the Donetsk police.

Also, at night, the russians fired at Hirnyk of the Kurakhove community, and in the morning at Vesele of the Ocheretyne community, and four times at Avdiivka using the Grad multiple rocket launcher. There were no casualties.

The situation in the Pokrovsk community is fully controlled by the military administration. During the past day, there were no fires or emergency events in the territory of the community. No facts regarding the victims have been recorded.

In the Bakhmut and Avdiivka directions, the enemy shelled the areas of more than 25 settlements. In particular, Kramatorsk, Spirne, Bilohorivka, Yakovlivka, Soledar, Bakhmut, Klishchiivka, Vodiane and Marinka of the Donetsk Oblast.

Yesterday, the enemy shelled one of the settlements in the Kutsurub community. As a result, residential buildings and farm buildings were damaged. There were no casualties.

Late in the evening of January 3, the russians shelled Zaporizhzhia and the surrounding area. Enemies hit Zaporizhzhia with three S-300 missiles. Two hits were recorded on the territory of the infrastructure facility, warehouses were destroyed.

The third missile hit a plot of land in a courtyard near a residential area. As a result, 8 multi-story buildings were damaged. They had windows blown out and balconies destroyed.

Besides, the building of the kindergarten was damaged. The windows were also broken and the roof was partially damaged.

It is known about two injured people, one of them was hospitalized in a medical facility. Settlements of the Polohy Raion were also hit by enemy fire.

The General Staff of the Armed Forces of Ukraine confirmed the fire damage on January 3 to the concentration of manpower and military equipment of the occupiers in the area of Tokmak. The losses of the enemy amounted to about 80 soldiers wounded and dead.

In the temporarily occupied territories of the Zaporizhzhia Oblast, the russian invaders decided to lock up people in their towns and villages. The russians are introducing a new rule: leaving the city/village will be possible only with a permit from the commandant’s office. The pass must be issued by January 30, but there are “no forms” yet.

The russian occupiers fired heavy artillery at Nikopol that night. A dozen russian shells hit the peaceful streets of Nikopol. They damaged 5 residential buildings and farm buildings, a car, a gas pipeline and an electrical network. During the day, the city was also shelled by heavy artillery. A 64-year-old man was seriously injured. Enemy shells caused a private house to catch fire. 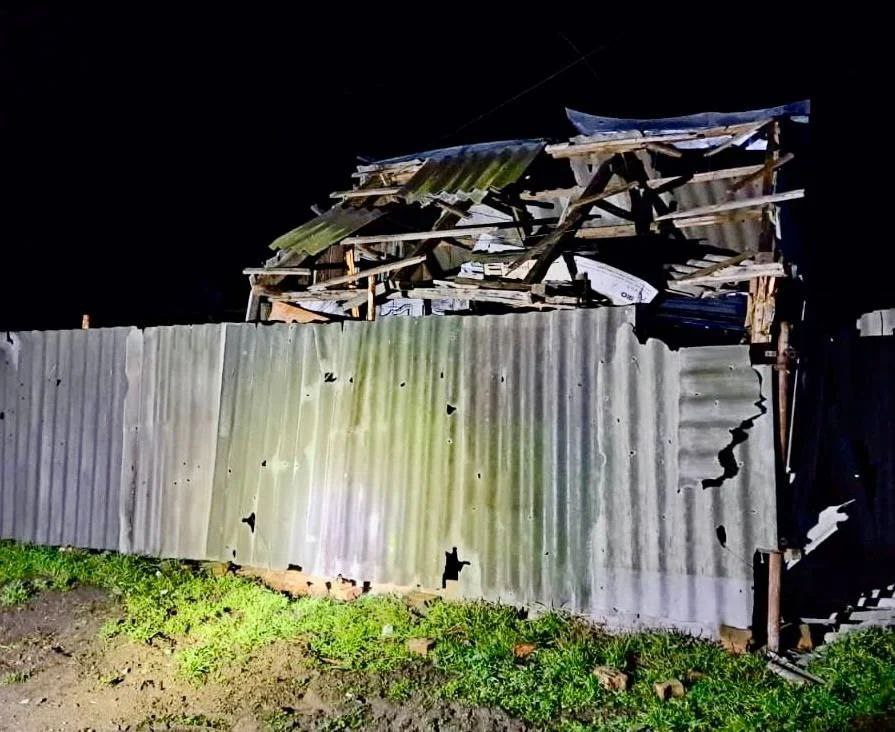 In Dnipro, “clothing banks” were deployed on the basis of social welfare institutions. There, warm things are collected for internally displaced persons and those who find themselves in difficult life circumstances.

Since the start of the full-scale war, almost 13,500 children have been born in Dnipropetrovsk Oblast.

Monuments to alexander matrosov and general yukhym pushkin were dismantled in Dnipro today.

In Dnipro, as a result of the power outage, a number of streets were left without heat supply.

Today in the Palace of Culture “Svitlopilskyi” in Oleksandria, a solemn farewell was held for the defender of Ukraine Oleksandr Mishchenko.

As part of another exchange of prisoners, which took place on December 31, two servicemen from the 10th separate mountain assault brigade were released. This was announced by the head of the Ivano-Frankivsk Oblast Military Administration, Svitlana Onyshchuk. The soldiers went missing on June 20 and 22, 2022.

The parents of Yaroslav Paliichuk from Prykarpattia, who died at the front, donated a million hryvnias, which they received from the state after their son’s death, to the needs of the Armed Forces of Ukraine. 31-year-old Yaroslav Paliichuk died on May 9, 2022 in the Kurakhove Raion (Donetsk Oblast). In peacetime he was a professional graphic artist, and in the war he was a sapper of the 54th Separate Mechanized Brigade. Yaroslav worked in a technique that lies at the intersection of graphics and painting and is called “dry brush”. This technique created a photographic effect. After the tragedy, Paliichuk’s parents set a goal to perpetuate their son’s art and published a book with his drawings.

he mayor published a report on life in the community for 2022 on his social network page. Currently, this applies to such sections as assistance to the military, social protection, volunteering.

The DJI Matrice 30-T multicopter was handed over to the military. The request for the urgent need for this particular multicopter model was made by servicemen on October 14, 2022. The procurement was carried out in accordance with the current legislation through the “Prozorro” system [public procurement platform].

In the Rivne Raion, a solemn farewell was held for defender Mykola Poliukhovych. Mykola Poliukhovich’s heart stopped beating on December 24, 2022. In the Smyha community, compatriot Oleksandr Sydorchuk was taken to the last path. The defender died on December 19, 2022 in the battle near Bakhmut (Donetsk Oblast).

Bukovyna held a solemn farewell to the servicemen who defended the freedom and independence of Ukraine. Lieutenant Dmytro Kovalchuk was buried today in the village of Oprysheny, and soldier Artem Stiopkin – at the Sadhora Central Cemetery.

A social center for internally displaced persons was opened in the Chernivtsi diocese of the Ukrainian Greek Catholic Church. The facility will become a space for meetings, recreation, various trainings, acquisition of professional skills, etc.