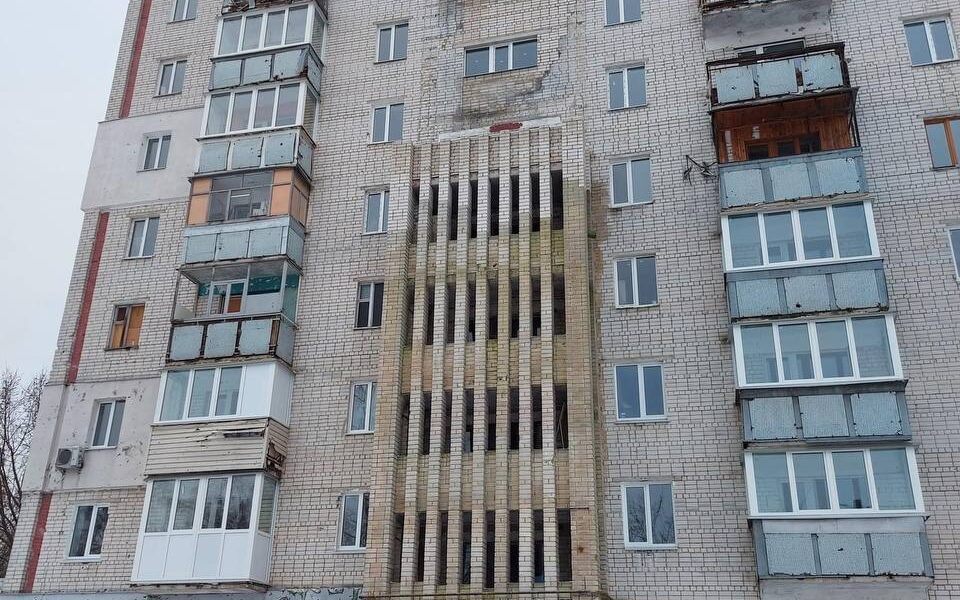 The capital increases the number of heating points equipped with generators and other necessary equipment. 52 new points where people can warm up, recharge their gadgets, and get up-to-date information in the event of prolonged power outages and lack of heat supply in their homes were opened in the Holosiivskyi, Dniprovskyi, Obolonskyi, and Sviatoshynskyi districts. In total, 532 heating points prepared by the city are functioning now.

Canada will provide $115 million to restore Kyiv’s power grid. Canadian Finance Minister Chrystia Freeland noted that this money is the revenue from customs duty on russian and belarusian goods.

In the Lesya Ukrainka Theater in Kyiv, the audience is involved in weaving camouflage nets. Since the first days of the full-scale invasion of Ukraine by russia, the theater workers have been helping the Armed Forces of Ukraine in various ways. So, while waiting for the performance to start, you can join the action and help the Ukrainian fighters.

Today, explosive devices were destroyed in the Vyshhorod Raion.

Restoration works on the damaged power grids of the Kyiv Oblast continue without interruption and around the clock. According to Ukrenergo, the electricity deficit in the oblast is about 50%. Hospitals, water and heat supply systems, and other critical infrastructure facilities are prioritized for power supply. The most difficult situation is in the Bucha, Brovary and partially Boryspil raions. Communities there are already energized, but due to large-scale damage, the light is on for 2-4 hours and off for 6-10 hours.

On December 23, in St. Michael’s Cathedral in Zhytomyr, they said goodbye to Oleh Tupalskyi, a serviceman of the Armed Forces of Ukraine. He was killed in action on March 28, repelling attacks of the russian aggressor in the Kharkiv Oblast. For a long time he was considered missing. Only after the liberation of the temporarily occupied territory was it possible to find, identify and bury the body of the fallen Hero.

The Defense Council of the Zhytomyr Oblast by its decision prohibited the use of all pyrotechnic devices – salutes, fireworks and firecrackers – in the territory of the oblast.

Two generators and a chainsaw were purchased for the military by the schoolchildren of Zhytomyr Lyceum №16. The money was raised at the fair where the children sold the food, they cooked themselves, as well as handmade items and toys.

Yesterday, russians shelled the Semenivka and Novhorod-Siversk communities with mortars and tube artillery.

In the Chernihiv Oblast, they said goodbye to soldier Mykhailo Lesyuta, who was killed in action in Donbas.

Post office No. 14020 in the territory of the Bobrovytsia microdistrict resumed its work in Chernihiv today. In the spring of this year, it was at the epicenter of hostilities and was ruined as a result of russian shelling during the siege of Chernihiv.

Repairs to the house on Pukhova Street, which was damaged by russians, are already in the homestretch. 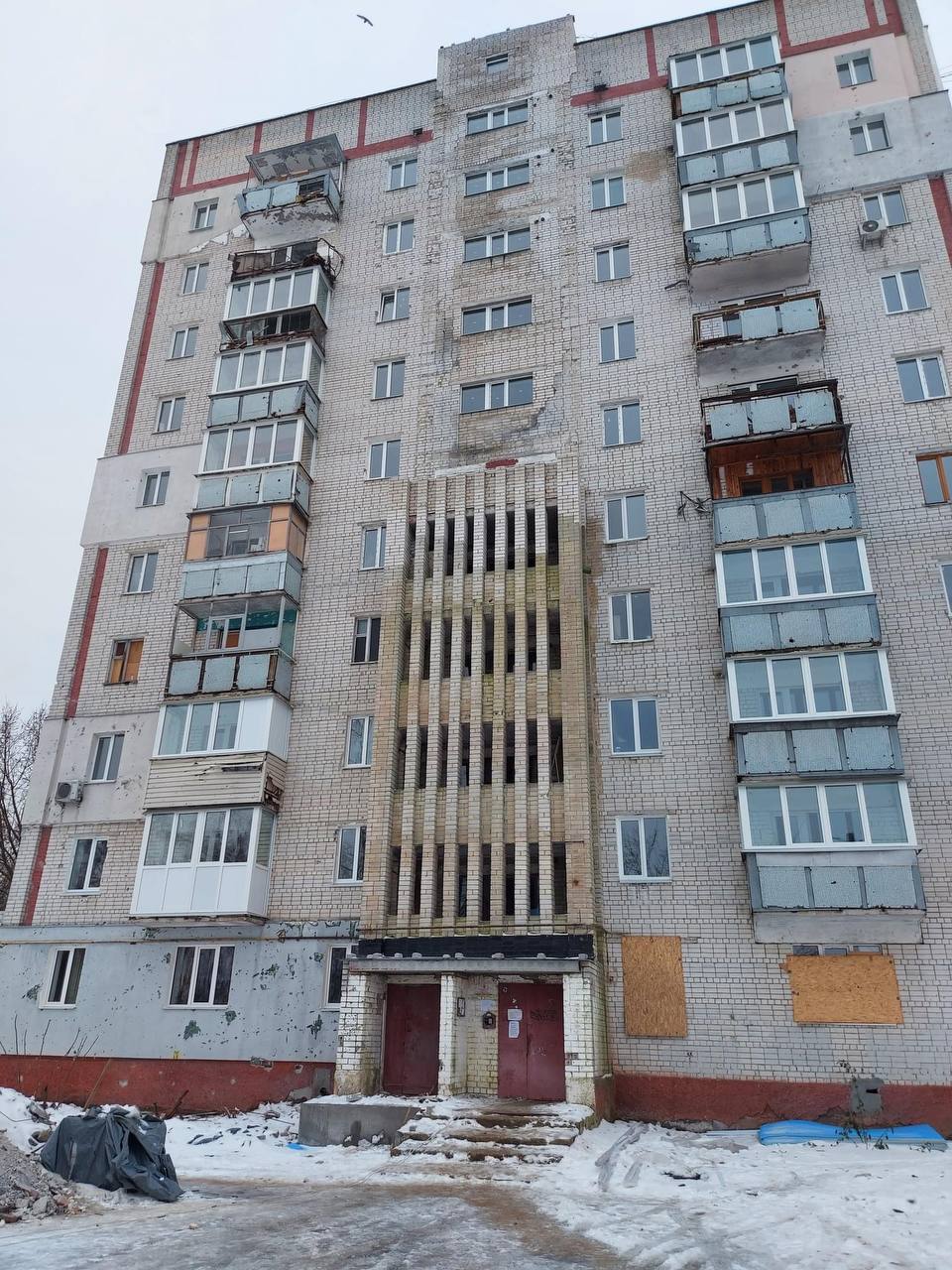 Yesterday russians shelled the Bilopillia, Khotyn, Seredyna-Buda, and Znob-Novhorodske communities. In all cases people were not injured. In the Bilopillia community, a private house, the village House of Culture and a shop were damaged.

During this day, the occupiers launched missile and artillery attacks in the Kharkiv Oblast.

In the Vovchansk community, garages were on fire, as a result of the hits, also the household block of the Central District Hospital was damaged.

4 employees of the raion hospital were wounded: 3 men and 1 woman. Another 62-year-old man also received shrapnel wounds. All victims are in moderate condition, there is no threat to their lives.

Occupiers’ shelling destroyed a residential building in Kupiansk, a fire broke out in another household. There were no casualties.

A 25-year-old man hit an explosive device in the forest in Protopopivka, Izium Raion. He was hospitalized with injuries, his condition is moderate.

On December 22, the russians killed 4 civilians of the Donetsk Oblast: 2 in Chasiv Yar and 2 in Bakhmut.

Another 7 people in the oblast were wounded.

Since February 24, the enemy has killed 1,279 civilians of the Donetsk Oblast, and wounded another 2,780. It is still impossible to establish the number of victims in Mariupol and Volnovakha.

In the Lysychansk sector, shelling of the settlements of Torske and Zarichne in the Lyman community continues — 2 houses were damaged in Zarichne.

In the Donetsk direction, there was a lot of noise in the Kurakhove community. The russians fired eight times there. One person was injured in Novoselydivka, three houses were damaged in Kostiantynopil. Kurakhove also came under shelling at night, and Avdiivka in the morning. There are no casualties.

Parishioners of the Roman Catholic Church and residents of the village of Brailiv of the Zhmerynka community in the Vinnytsia Oblast collected humanitarian aid for the residents of Avdiivka and Marinka. People were able to receive it in Pokrovsk. Today, employees of the Avdiivka city military administration together with representatives of the charity foundation “Ya-Volnovakha” handed over food kits, which included tea, pasta, cheese, sausage, as well as warm mittens and postcards from children, to those in need of help.

In the direction of Bakhmut, the enemy fired tanks and the entire range of artillery at the areas of Verkhniokamianske, Bilohorivka, Bakhmut, Klishchiivka, Andriivka, Oleksandro-Shultine, Kurdiumivka, Ozarianivka and New York settlements of the Donetsk Oblast.

In the Horlivka direction, one person died in Chasiv Yar. In Bakhmut, as a result of shelling, a college and a high-rise residential building were damaged.

In the Volnovakha direction, Vuhledar and the outskirts of the city were shelled. There were no casualties.

The occupiers continue to destroy Mariupol and hide the evidence of their crimes. After dropping aerial bombs on the Drama Theater, they destroy the remains of the building. The rear and central parts of the theater are to be completely dismantled, but the front part will be left intact as the “basis of the reconstruction”. Only those parts of the building that prove the bombing of the russians are dismantled.

In the center of the city, the occupiers demolished a building on 47 Metalurhiv Avenue.

The russian army has increased the number of missile carriers in the Black Sea to three. The total missile launch is 20 Calibers.

Odesa Oblast Millitary Administration recommended not to install main Christmas trees in the cities of the Oblast this year and not to hold festive events for security reasons.

The team of coordinators of AUI “Active Community” in Odesa presented a documentary theater performance. It was named “Volunteer Universe ”. The actors were ordinary Ukrainians who shared their stories and experiences with the audience.

Russian occupiers shelled the Korabelnyi district of the city of Kherson. One death is known.

This morning, the russian army shelled a kindergarten in Kherson. There is an unexploded shell on the territory. Emergency services teams work there.

The defense forces struck a concentration of russian military personnel in the Mykolaivka area of ​​the temporarily occupied Skadovsk Raion. The General Staff of the Armed Forces reported that up to 140 servicemen of the russian federation were injured and 8 Kamaz trucks with ammunition were destroyed.

The situation in the temporarily occupied Skadovsk remains tense. Explosions and the roar of airplanes are constantly heard. The number of soldiers in the city has increased, local residents report.

As of 08:00 on the morning of December 23, no enemy shelling was recorded on the territory of the Mykolaiv Oblast.

In Mykolaiv, volunteers of the “Dobrobat” team cover the roof of the Mykolaiv Vocational Polytechnic College damaged by russian shelling. More than 1,000 square meters have already been covered with slate.

The bridge across the Pivdennyi Buh [Southern Bug] connects two communities: Pobuzke in the Kirovohrad Oblast and Kryve Ozero in the Mykolaiv Oblast. The construction work lasted almost a month. During this time, the old bridge was completely dismantled and a new one was built.

In Kropyvnytskyi, 15 tons of books in russian were collected and handed over to waste paper collection points. The money received was transferred to the purchase of a car for the military. 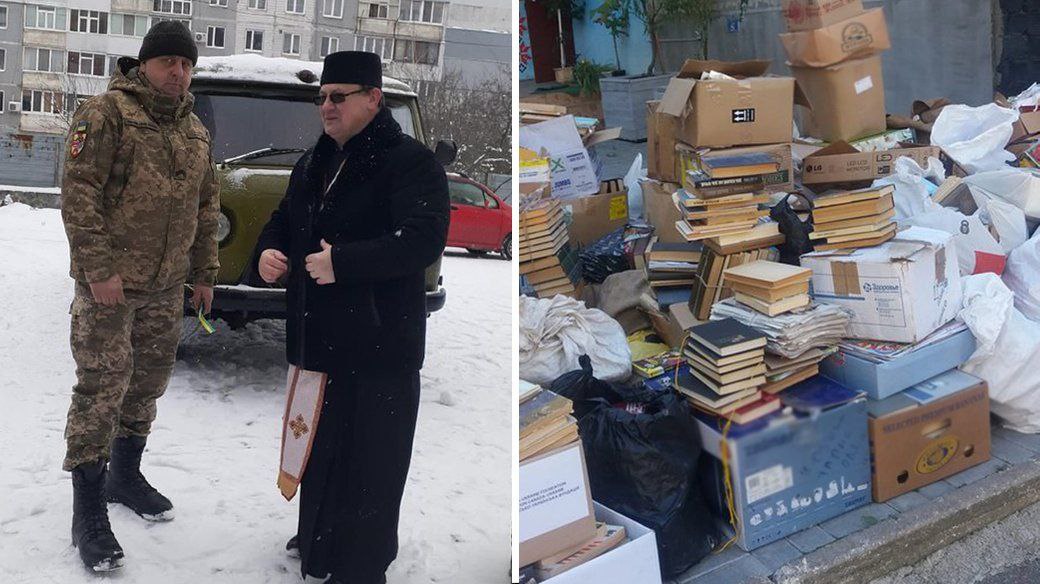 In Poltava Oblast, two more soldiers and military woman were sent on their last journey. Ihor Solodov died in the Luhansk Oblast while defending Ukraine. The soldier fell while performing a combat mission in the village of Chervopopivka near Severodonetsk.

Oleksandr Lastovin, junior sergeant, born in 1985, worked as a truck driver in Europe in peaceful life. When he found out about the russian attack, he returned to Ukraine. In 2016, he received the medal “For Military Service to Ukraine”, in 2022 – the Order “For Courage” of the III degree. The defender died as a result of shelling of Siversk in Donetsk Oblast.

Today in Poltava there was a solemn farewell to Natalia Strebkova from “Azov”. A military woman from Poltava with the call sign “Zoriana” died on April 15 when a multi-ton projectile hit a bomb shelter in Mariupol. The President awarded her with the Order “For Courage” of the III degree posthumously.

The oblast allocates UAH 10 million for the purchase of 10 generators for “Lubnyteploenergo”. Today, the session of the oblast council supported the relevant decision. Thanks to this technique, the boiler rooms of this enterprise will be able to supply heat to the residents of Lubny and Pyriatin, even if there is no electricity.

At today’s session, the oblast council approved the Comprehensive Program for the Support of Internally Displaced Persons for 2023-2024. It concerns housing issues and employment of IDPs, and also covers the social direction. No other oblast has such a program yet.

4,000 school backpacks with office supplies for studying for displaced children is another aid to Poltava Oblast received from UNICEF. The humanitarian cargo will be delivered to all communities of the oblast.

In Rivne, the Hero of Ukraine was solemnly buried. Dmytro Shklody remained 21 forever. He died on December 15 as a result of enemy shelling.

Bukovyna saw the last journey of servicemen who died a brave death for the freedom and independence of Ukraine. A solemn farewell was held for soldier Fedor Andriiesh in the city of Hertsa, defenders Vasyl Toshchuk and Volodymyr Vydiuk – in the village of Sniachiv.

In the Chernivtsi Oblast, 1,800 reserve places have been set up for the reception of internally displaced persons. Currently, 1,950 more places are being created. These are communal and state buildings.

More than 100 employers of Chernivtsi Oblast received monetary compensation for employing IDPs. In total, more than UAH 3.2 million were paid to entrepreneurs.

Chernivtsi oblast center of emergency medical aid and disaster medicine received 8 Starlink satellite communication systems. They were handed over to the institution by the Ministry of Health. These stations were sent to remote “ambulance” base points – to Putyla, Vyzhnytsia, Storozhynets, Sokyriany, Kelmentsi, Novoselitsa, Hlyboka, Zastavna. Starlink will help crews to stay in touch with the dispatch service in the absence of mobile internet and communication.