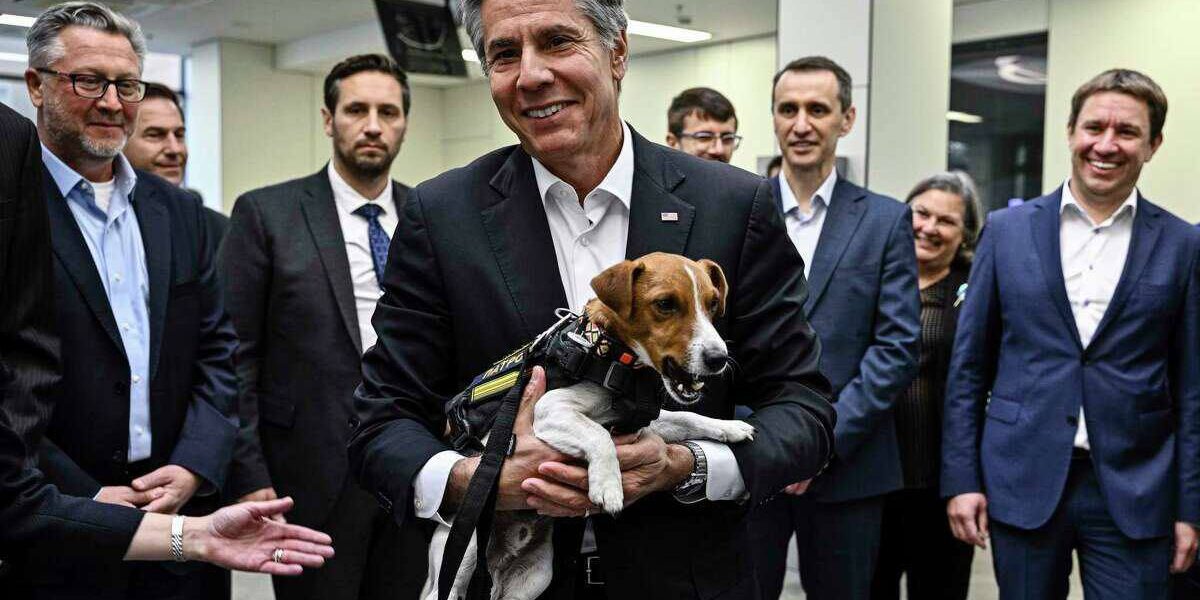 Operational information from the regions of the Active Community network September 8, 2022

Today, US Secretary of State Anthony Blinken made an unannounced visit to Kyiv to discuss military aid. He also visited the children injured as a result of the war in the Okhmatdyt hospital. 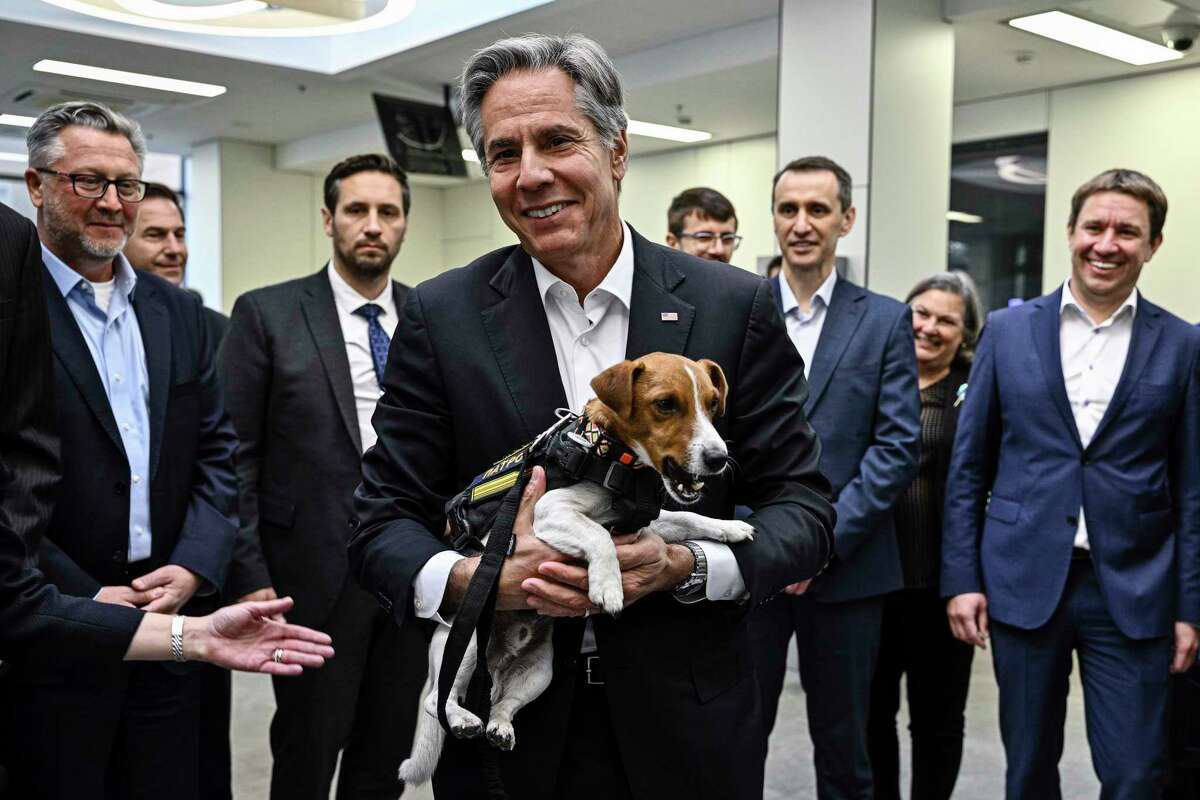 The Kyiv City Council supported the renaming of Volgogradska Street in the Solomyanskyi district to Roman Ratushnyi Street. He was a young man from Kyiv, a public activist, a Hero-defender of Ukraine, who died in the East of Ukraine in June of this year.

An exposition in memory of Roman Ratushnyi was also opened in Kyiv. In the Shevchenko House (Shevchenko Lane, 8a), locals remember Hero, who loved and supported the manor museum. There you can see Roman’s belongings: the flag of the 93rd separate mechanized brigade “Kholodnyi Yar”, a cap with a chevron “Cats of the Armed Forces of Ukraine”, as well as a stamp dedicated to Ratushnyi.

Moskovska Street in the city center was renamed Knyaziv Ostrozkyh Street. In total, about 40 more streets, alleys and squares of the capital were renamed today.

Repairs of buildings destroyed by the occupiers are ongoing in Kyiv Oblast. To date, work has already been completed on about 1,700 objects. At 1300, repair crews continue to work.

In the village of Lypivka, the passage over the Pochepin River, which was damaged during the hostilities, is being restored. Now a bypass road is being built next to the bridge. This will allow traffic to cross the river while road crews carry out repairs on the bridge.

The Lithuanian Project Management Agency is ready to help rebuild the “Radist” [w.m. “joy”] kindergarten destroyed by the russians in Irpen.

Today, at the Irpin Stadium “Champion”, the Association of Amateur Football of Ukraine conducted training for 33 Ukrainian coaches on handling explosive objects. 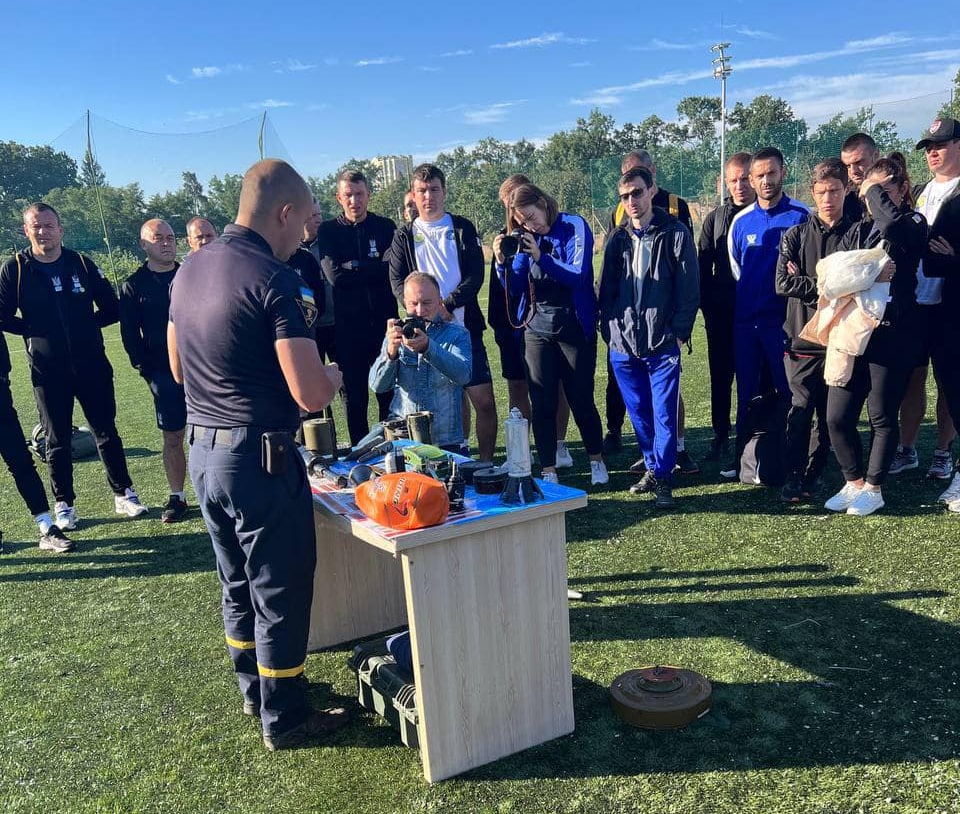 Italy took a course to rebuild the infrastructure of three oblasts. Zhytomyr is also on this list. The mayor of Zhytomyr, Serhii Sukhomlin, spoke about this at a meeting with Pier Francesco Dzadzo, Ambassador Extraordinary and Plenipotentiary of Italy to Ukraine.Through Mr. Ambassador, Serhii Sukhomlin thanked the government, all citizens of Italy not only for the constant humanitarian aid, but first of all, for the shelter of Ukrainians, and there are 160 thousand of them in this country. The mayor also expressed special words of thanks to two Italian cities — Vicenza and Brescia.

In the Zhytomyr Oblast, a fire platoon commander – a member of the “DPR” was convicted in absentia. The convict offered armed resistance and illegal opposition to the performance of official duties by law enforcement officers of Ukraine and servicemen of the Armed Forces of Ukraine involved in the Anti-Terrorist Operation and Operation of the United Forces. The person was convicted and sentenced to 12 years in prison with confiscation of property. This was reported by the press service of the prosecutor’s office of the Zhytomyr Oblast on September 8.

An interview with a paratrooper from Zhytomyr has been published. How the Ukrainian military prevented the invaders from entering Kyiv, about the advantages of the enemy and borscht, for which you want to fight – at the link:

The coordinator of the AUI “Active Community” was involved in volunteer activities. She helped weave nets for the Armed Forces of Ukraine.

Today, near the settlements of Yagidne and Shestovytsia, explosives technicians neutralized ammunition by detonation.

On September 7, the Nizhyn community paid its last respects to 35-year-old soldier Yevhen Starostenko, who died on July 25, 2022, from a rocket attack near the city of Bakhmut, Donetsk Oblast.

Kyiv will support Chernihiv and allocate 50 million hryvnias to prepare for the heating season, which will be directed to the repair of damaged apartment buildings.

In Chernihiv, generators, bio-toilets, benches and water containers are given to the elders of the houses, which have the simplest shelters, for furnishing. So far, 470 generators, more than 200 bio-toilets and 2,000 benches have been purchased. They are first handed over to housing and communal institutions, and they, in turn, to representatives of the houses they serve, under a contract for the maintenance of material values.

The Czech charity foundation “Children of Ukraine” will provide humanitarian aid in the form of computers and stationery to schools in the oblast. The stationery is planned to be distributed to children whose homes were damaged as a result of russian aggression, or whose parents are participating in hostilities.

On September 7, the russians opened mortar fire twice on the territory of the Esman community in the Sumy Oblast. A total of 17 hits.

At night, the russians fired artillery on the territory of the Yunakivka community. A total of 21 explosions.

The National Nature Park in Sumy Oblast suffered losses of more than 6 million hryvnias as a result of russian shelling. The buildings were damaged, the debris of which littered 2 plots of land with a total area of more than 67 square meters. In addition, 203 raw-growing trees were destroyed by russian shells.

The Ukrainian military entered the village of Nova Husarivka near Balaklia and removed the red flag of the occupiers from the flagpole.

In Kupyansk (Kharkiv Oblast), the russian occupiers are holding about 40 local residents in a police station.

After midnight, the occupiers struck the Kholodnohirskyi and Saltivskyi districts of the city. S-300 missiles were used again.

As a result of rocket attacks on Kharkiv on the night of September 8, an administrative building in Kholodnohirskyi district was destroyed.

In the oblast, the enemy struck Kharkiv, Izyum, Chuhuyiv, and Bogodukhiv Raions.

After 2 o’clock in the morning, several russian strikes injured 2 women in the Dergachev community of the Kharkiv Raion. The victims were hospitalized with explosive and shrapnel injuries. Private houses and commercial buildings were damaged, fires broke out.

During the day, medics hospitalized 2 people in Chuhuyiv Raion, one in Kharkiv Raion, three in Izyum Raion, among them a 2-year-old child. The condition of the victims is average.